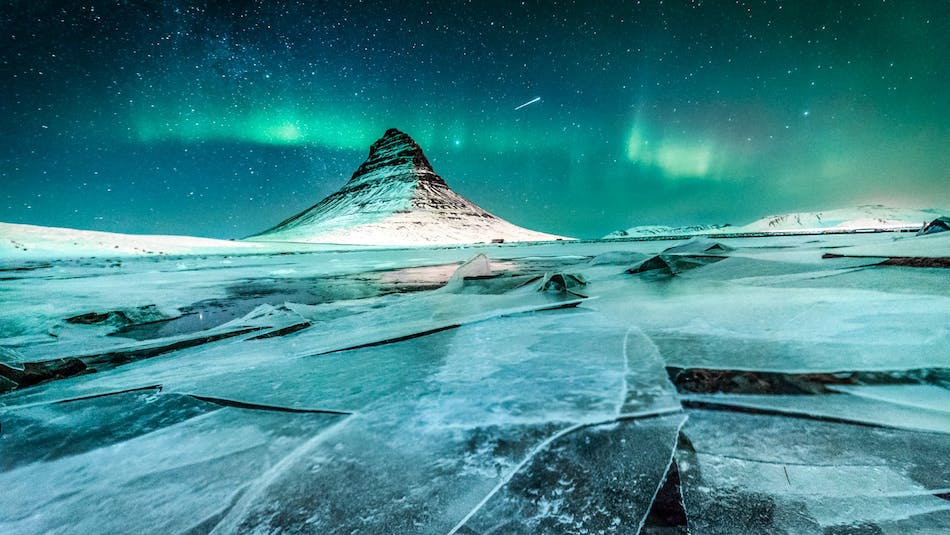 The extreme dark of the Icelandic winter has a few perks. Between September and April, the people in Iceland are treated to a magnificent natural display: the phenomenon of aurora borealis, or what we commonly call the Northern Lights.

The Aurora Borealis takes its name from the Roman goddess of dawn, Aurora, and the Greek word for the north wind, Boreas. From September to April, Iceland is a hotspot for this magnificent light show.

The Aurora Borealis, more commonly referred to as the Northern Lights, is a natural phenomenon created when solar wind particles interact with the Earth's magnetic field. This excites the particles that release energy, causing peculiar luminous green and purple streaks across the skies.

Iceland is one of the best places in the world to experience the Northern Lights.

On clear winter nights, sightseeing trips are organized around this spectacular—though fickle—natural phenomenon. The ideal location for sightings varies and excursion leaders are skilled in "hunting" the lights, finding locations where conditions are best for seeing them on any given night.

There are no guarantees that you will see the Northern Lights during your stay, but in most cases, sightings are greatly improved outside populated areas, especially away from the light pollution of the capital. A number of hotels in the countryside offer a special Northern Lights wake-up service.

How to spot the Northern Lights - patience is the key

First things first: You need darkness and clear skies, or at least openings in the cloud cover, preferably towards North. If the weather cooperates, you are already halfway there. You can always check weather conditions, cloud coverage and Aurora activity on the

You need dark, clear skies and sightings are greatly improved outside populated areas

If clouds are in your favor, the second criterion is solar wind activity above normal. The northern lights can appear any time of the day or night, all year round. However, the activity is usually strongest around midnight and a few hours before and after.

When the activity is beginning, usually a green arc appears towards the north. The best guide for orientation on a starry night is the Polar star that shines in the true north direction from the Earth. The best way to find the Polar star is to find the constellation Ursa Major or Big Bear, which points to the Polar star. If you see the green arc, you have a good chance of seeing them move. Keep in mind that hunting for the northern lights sometimes takes a lot of patience, but those who wait are often greatly rewarded.

How to take a photo of the Northern Lights

As far as equipment goes, the most important thing you can bring is a tripod and a cable release to avoid the dreaded shaken-photo syndrome. If you don't have a cable release, set your camera's self-timer to two or ten seconds' shutter delay, if available. 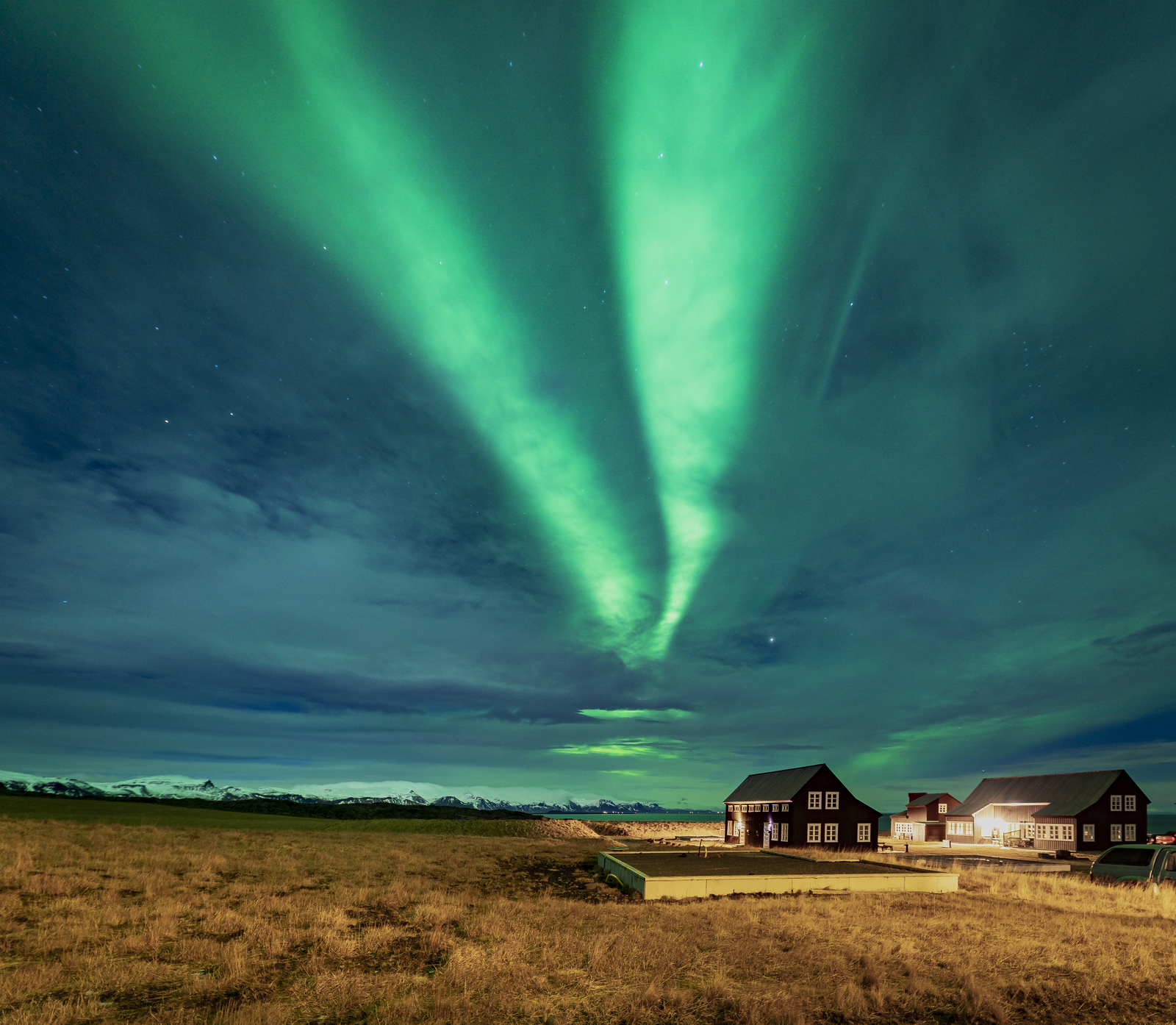 The Northern Lights are a spectacular sight

There is no single setting for your camera that ensures great captures, but if you have manual options, you are probably best served with experimenting with various combinations of ISO, aperture, and exposure settings. As a rule of thumb, ISO settings between 800 and 3200, aperture between f/2.8 and f/5.6, and shutter speed at between 15 seconds and 30 seconds have proven effective.

Different combinations may give very different results. Higher ISO settings will allow you to capture faster exposures but may also result in grainier images, for example. Note that shutter speeds of above 15 seconds will result in slight star movement. Wider angle lenses are usually more versatile in low-light settings, but longer lenses give you different options for compositions. Make sure that you remove all lens filters, as they may distort images. You will probably get the best results with manual settings for infinite focal length.

When is the best time to see the Northern Lights in Iceland?

The best time to see the Northern Lights is during the winter, between September and April, when dark and long nights have taken over from the bright summernights in Iceland. The Northern lights are said to be most active around the equinoxes in September and March, but the chances also improve mid winter by bringing more darkness - it simply gives you a larger window each day to witness them.