Vatnajökull National Park is among the largest national parks in Europe.

Vatnajökull National Park, established in 2008, encompasses all of Europes largest glacier Vatnajökull and extensive surrounding areas. These include the national parks previously existing at Skaftafell in the southwest and Jökulsárgljúfur in the north. Today's park covers 13% of Iceland and ranks among the largest national parks in Europe.

Despite a large part of the national park being underneath the icecap of the glacier Vatnajökull, its landscapes are diverse, predominantly due to the interplay of volcanic activity and glaciers. Few other places in the world exhibit the effects of such a wide range of natural phenomena as Vatnajökull, created by the combined forces of rivers, glacial ice, and volcanic and geothermal activity.

Nowhere in Iceland, with the exception of Mýrdalsjökull glacier, does more precipitation fall, or more water drain to the sea than on the south side of Vatnajökull. In fact, so much water is currently stored in Vatnajökull that the Icelandic river with the greatest flow, Ölfusá, would need over 200 years to carry this quantity of water to the sea. 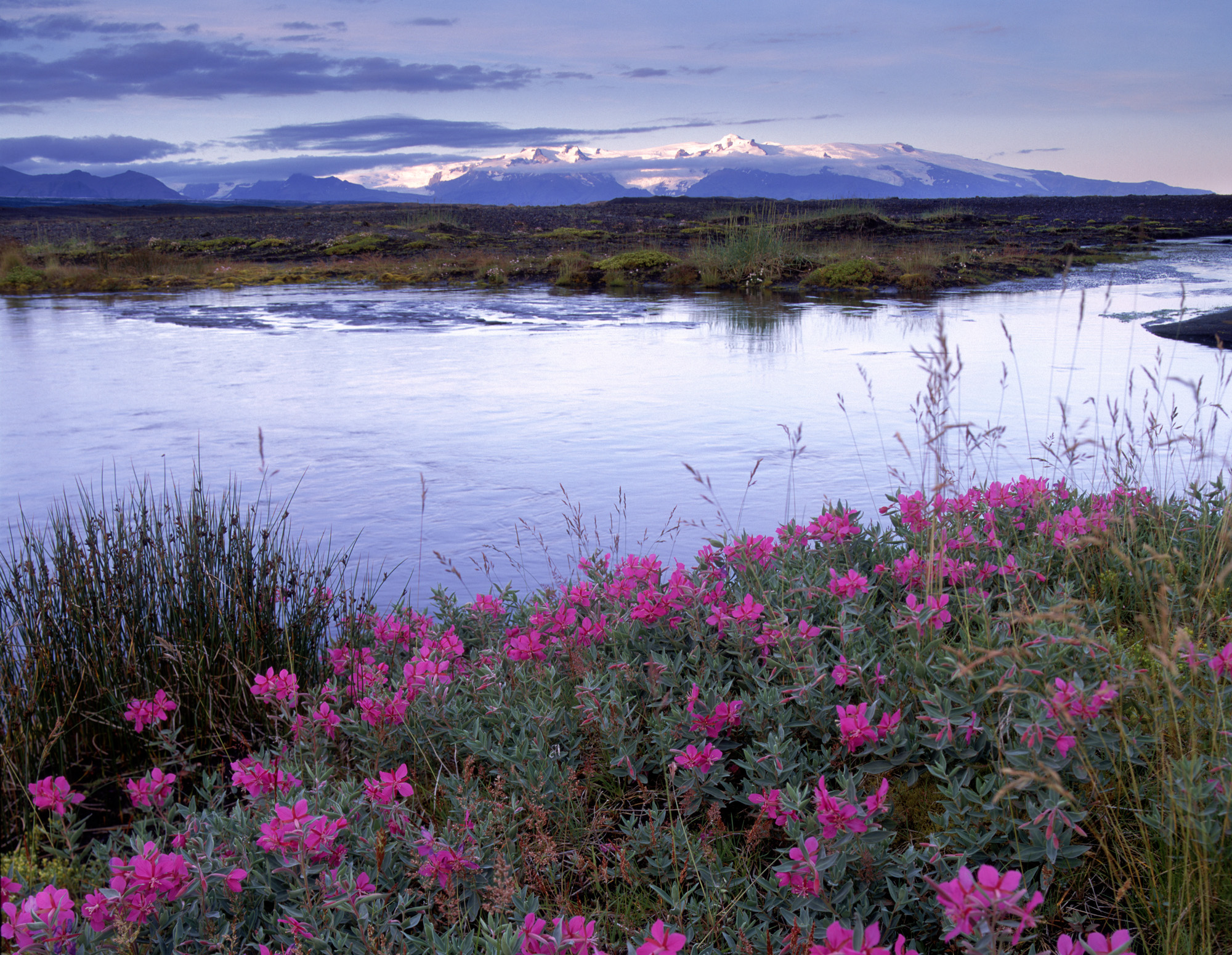 Skaftafell is one of Iceland's natural treasures

The south side of Vatnajökull is characterized by many high, majestic mountain ridges, with outlet glaciers descending between them onto the lowlands. The southernmost part of the glacier envelops the central volcano Öræfajökull and Iceland's highest peak, Hvannadalshnúkur. Sheltered by the high ice, the vegetated oasis of Skaftafell overlooks the black sands deposited to its west by the river Skeiðará. These sands are mostly composed of ash which stems from the frequent eruptions at Grímsvötn volcano and is brought to the coast by glacial floods or jökulhlaups.

Iceland's largest glacier lagoons, Jökulsárlón and Fjallsárlón are inside the boundaries of Vatnajökull National Park, both easily accessible off Route 1, between Skaftafell and Höfn in Hornafjörður. The glacier lagoons formed as a result of a glacial retreat, when the outlet glaciers began to recede away from the coast of the Atlantic Ocean. Boat tours are offered on both lagoons and prebooking is advised.

Dettifoss is Europes most powerful waterfall

Located in the northern part of Vatnajökull National Park, Jökulsárgljúfur takes its name from a canyon formed by Iceland's second-longest river, Jökulsá á Fjöllum. Enormous catastrophic glacial bursts are believed to have carved out the deep ravines and rocky basins, the most famous of which is the horseshoe-shaped canyon Ásbyrgi. Not far from Ásbyrgi is Dettifoss waterfall, the most powerful waterfall in Europe, with a drop of 44 m and a flow of 200 cubic meters per second plummeting over the edge. A hiking trail goes along the canyon from Dettifoss to Ásbyrgi.

Hólmatungur is an expanse of rich vegetation in the Jökulsárgljúfur area and an area of sharp contrasts: crystal clear streams and bubbling brooks cross the land before emptying into the raging, chocolate-colored torrent. A delicate balance of flora and fauna thrives under the protection of cliffs and scree slopes. The footpath between Hljóðaklettar and Hólmatungur, alongside Jökulsá á Fjöllum, is among the most beautiful in Iceland.

The East - Highland wilderness in the kingdom of the reindeer

The Snæfell wilderness area includes a large part of Iceland's central highland. Snæfell or "Snow-mountain," is a central volcano rising 1.833 m and is the tallest mountain in Iceland that is not enclosed by a glacier. The spectacular Lónsöræfi area reveals the colorful geological formations of the insides of an extinct central volcano that glaciers carved away.

The 3-day hiking route between Snæfell and Lónsöræfi is challenging but very rewarding with stunning landscapes, beautiful alpine vegetation and a good chance of spotting reindeers.

The lowlands of the south-western part of Vatnajökull national park is characterized by moss-grown lava fields surrounding the town Kirkjubæjarklaustur. The lava created in the Lakagíngar fissure eruption in 1783, the largest and deadliest eruption in Iceland in historical times that led to temporal cooling of the climate globally. Another prolific contributor to lavas in the area, the Eldgjá fissure, formed by the Katla volcanic system in a large eruption in 930, just six decades after the first settlers came to Iceland.

Further into the highland numerous linear hyaloclastite ridges lie side by side, directing the flow of glacier rivers and creating the 20 km long and 2 km wide Langisjór or "Long-sea" trapped between two ridges. Hyaloclastide ridges are unique for Iceland, formed in sub-glacial fissure eruptions during the Ice age.

Find out more on the park's official page