The Þingvellir area is praised as the national shrine of Iceland due to its great historical and geological significance. Iceland’s first national park was established there in 1928, and the Þingvellir area has now been recognized for its outstanding universal value and listed as a UNESCO world heritage site.

History - the birthplace of a nation 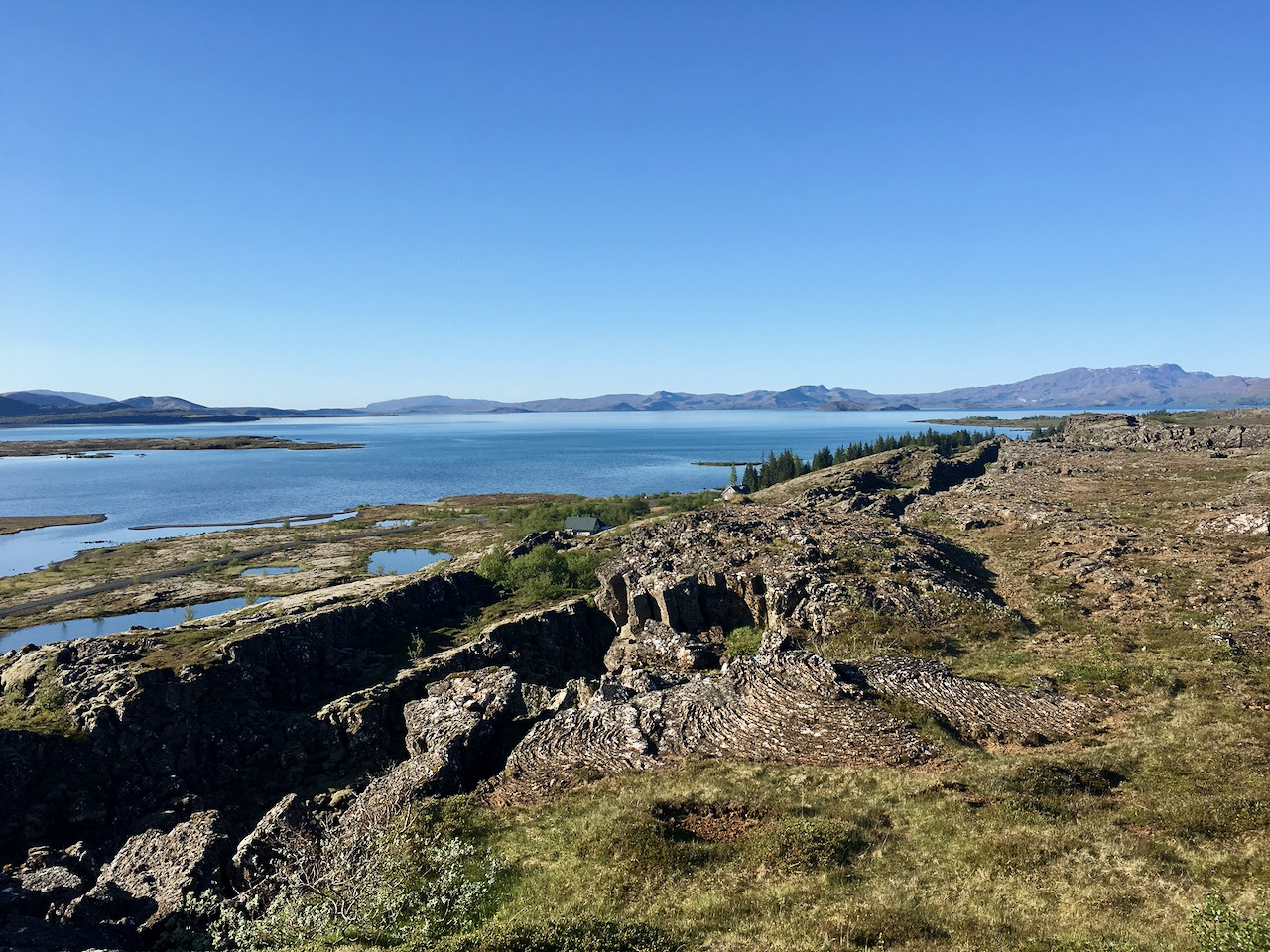 The magnificent landscapes at Þingvellir are created by tectonic forces in the continental rift zone.

The name Þingvellir literally means “Assembly Plains,” and the place symbolizes the history of Iceland. The Alþingi, or Iceland’s parliament, was founded there as early as 930, making it the oldest operating parliament globally. The parliament continued to convene at the fields of river Öxará for 868 years or until 1798. Therefore, many significant events of Iceland’s history have taken place there, and Icelanders consider it the nation’s birthplace.

The magical landscapes at Þingvellir are formed in the unique geographical setting of a rift valley in the divide between the North-American and Eurasian continental plates. The lava fields at Þingvellir are torn apart by tectonic forces, leaving admirable gorges and fissures. The most impressive of them, Almannagjá, is the focal point of the national park. A hiking path leads through the enormous cleft to the “law rock” and Öxará river, enveloped by stunning walls of basalt rocks.

The rift valley is partly filled with groundwater and carries Iceland’s largest natural lake Þingvallavatn. The lake hosts a unique ecosystem where four distinct varieties of Arctic char have developed since the end of the last Ice Age.

The beautiful spring river Öxará flows partly in the Almannagjá gorge on its way to the lake, producing a stunning waterfall where it enters. Some fissures are partially submerged with groundwater, and the crystal-clear water leaves scuba divers in Silfra with the feeling of hanging in the air. The unique experience has put the Silfra fissure on top 10 lists of diving sites in the world.

Þingvellir is one of the main attractions of the Golden Circle day tour and is located within a 40-minute drive from Reykjavík. The park contains various hiking trails, and extra activities like angling, horse riding, and scuba diving in the Silfra fissure are offered.

The visitor & service center offers a coffee & souvenir shop and an exhibition of the park’s history and nature called “Heart of Iceland.” The national park itself is open 24/7 and there is no entrance fee. However, there is a parking fee for motor vehicles and an entrance fee for the exhibition.
Find out more on the park´s official website