A museum guide to understanding life in the Westfjords

When traveling in the Westfjords, nature watching, waterfall gazing, and soaking in hot springs are – understandably – the top priority for most visitors. But while exploring the Westfjords, one very quickly gets the feeling, that there is a certain je-ne-sai-quoi about this region, that is hard to grasp. The museums and exhibitions in the Westfjords will help you to understand the past and present of this magical part of Iceland.

The absence of people leaves more space for imagination. With a total area of 9400 km2 and only 7000 inhabitants, each inhabitant of the Westfjords theoretically has more than a square kilometer for himself. This, and being surrounded by steep mountains that the sun in winter oftentimes cannot surmount, make the Westfjords a magical place and home to many stories and folkloristic tales - some of them darker than others.

Out of this world

Another world in an otherworldly setting

Like a monument for the lifelong pursuit of one‘s own passions, Samúel Jónsson‘s (1884-1969)  sculptures and buildings nestle into the remote hills of seal-valley. After turning 65 years old and receiving a pension, he dedicated his life to his now considered naive folk or outsider art. He painted, sculpted and even built a museum and a church, entirely without electricity or machinery. His colorful works were inspired by pictures and postcards from all over the world, for he himself never made it abroad. Thankfully his artwork has been restored and can be visited at the Samúel Jónsson's Art Museum in Selárdalur.

The dark times of the witchhunt

During the second half of the 17th century, the witchhunt found its way into Iceland and there, especially into the Westfjords. In contrast to other areas in the world, in Iceland, mostly men were convicted and executed for sorcery and witchcraft. In the Museum of Sorcery and Witchcraft in Hólmavík and on other historical sites in the Strandir area their stories come back to life.

Take a peak into other people's lives!

Two rather unusual museums welcome the curious in Ísafjörður: in the Museum of Everyday Life it is possible to step into another person's shoes by listening to their stories.

Whether it's a Matchbox-, sugar cube- or tea-spoon collection - the museum surprises and makes you laugh with the presented collections!

Living by the ocean and of it – 3 maritime Museums

40% of the Icelandic coastline are situated in the Westfjords and fishing is and has been for centuries an essential part of life and survival. What it actually meant to go out fishing without today’s technical advantages and in every weather, what life the fishermen lived and what tools they used to make a good catch on the North Atlantic, is shown at these exquisite maritime museums. 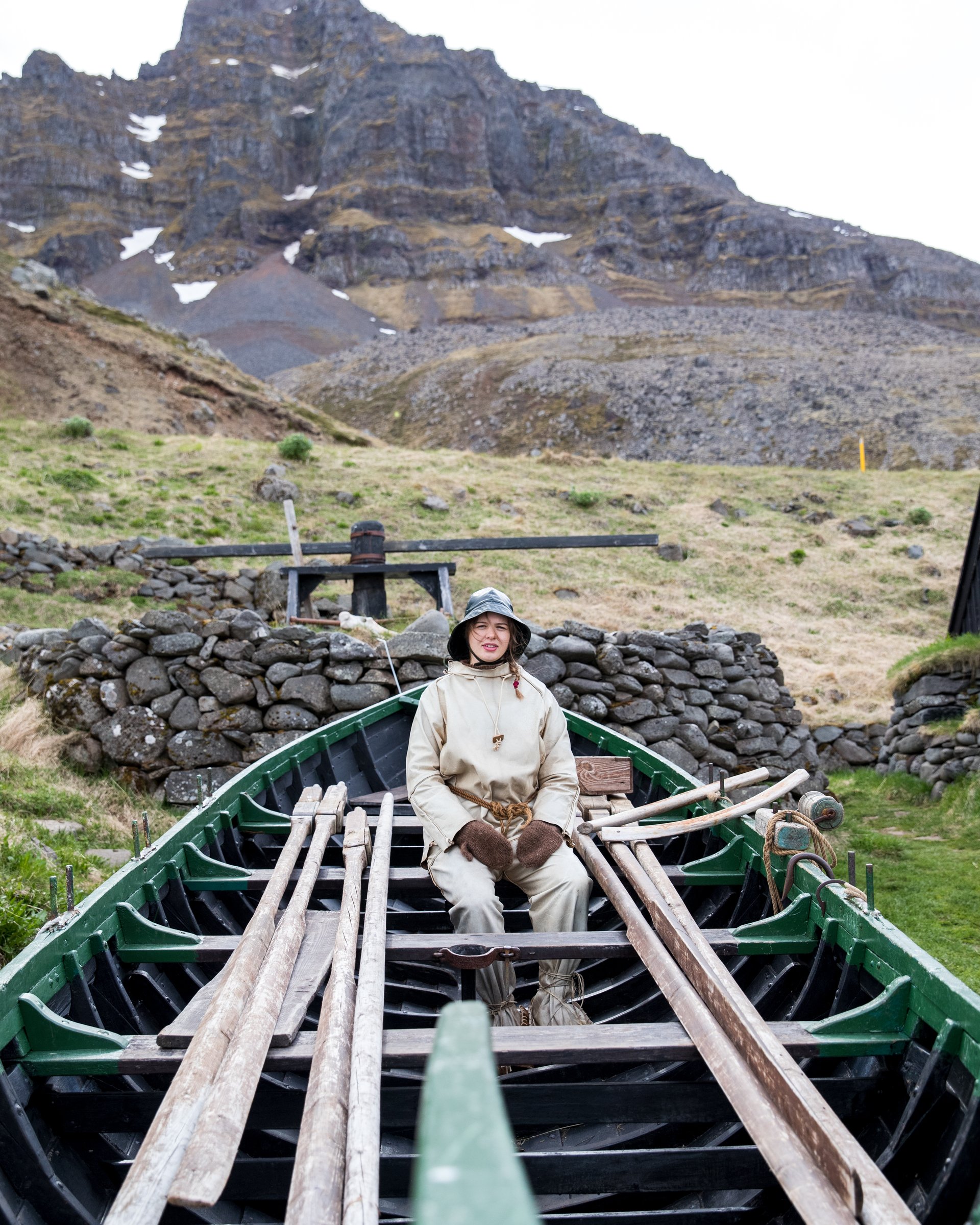 How was it really like to go fishing in the olden days?

To understand the tight connection between the ocean and the inhabitants of the Westfjords,  step into the (skin)-shoes of fishermen at the Ósvör maritime museum in Bolungarvík. The museum is a replica of a fishing station from the 19th century in the village of Bolungarvík.

Guided through the exhibition by an authentically dressed fisherman, the tour illustrates the hardship of pre-industrial fishing with rowing boats and lets you experience the working life of seasonal fishermen, where they were housing and how they dressed on their quests for fish on the ice-cold ocean.

The Boat and Gift of nature exhibition

What other treasures besides fish can be found in the ocean? How essential the role was, that seals and birds played in the survival by the shore is explained in the Boat and Gift of nature exhibition in Reykhólar. A big ornithological collection a café and a souvenir shop complete the exhibition.

History at the Westfjords Heritage Museum

Don´t forget to check out the tower!

Situated in an 18th-century building, the Westfjords Heritage Museum in Isafjörður also offers an extensive insight into the rich maritime life of the Westfjords.

From boat restorations to the Cod Wars between Iceland and the UK as well as the production of saltfish - various exhibitions cover diverse subjects connected to the history and culture of the area.

foxes,  sheep and other critters

Man does not live by fish alone, and other animals and creatures also played a vital role in the life and survival of the population in the Westfjords. The existence of some of them has not been finally clarified to this day.

They were here first

In the Arctic Fox Center in Súdavík, one can learn all about Iceland‘s only native terrestrial mammal and its difficult relationship with humans throughout the centuries. Oftentimes, orphaned foxes are taken care of at a fenced-in-area around the museum,  and can therefore be watched up-close.

Another fluffy inhabitant has its own museum nearby Hólmavík: The Museum of Sheep Farming hosts an exhibition, café, and souvenir shop. It grants insight into the life of Iceland’s furriest inhabitants and yes, there are lambs around to bottlefeed as well!

Were they really here? - The old merman and the sea

Do you believe in monsters? Find out at the Sea Monster Museum

Eye witness accounts of shore laddies, mermen, and shell monsters will change the way you look at the ocean forever.

Through images, videos, and a multimedia exhibition, the Icelandic Sea Monster Museum in Bíldudalur is dedicated to finding the truth of what secrets lie in the myth-enshrouded Arnarfjörður.

Here, most encounters with sea creatures have been recorded.

More museums in the Westfjords