Iceland has 266 museums. The obsession alone is strange

Here are 11 of Iceland's most peculiar museums, that will help you understand us Icelanders better.

One way to understand this niche obsession Icelanders have with museums is in the word safn.  Whereas in English, there are differentiations for museums, curiosity shops, collections, and archives, the Icelandic uses safn to describe all of them.

Originating from the Old Norse ‘safna’, a variation of the word samna ("to collect, to assemble"), the word safn can mean any of these things; from a museum, a collection, to a flock of sheep.

The safn culture highlights the twofold dimension of a museum which is to present a rarity to the viewer, or present a thing of such commonality that it has never been considered as a crucial element of material culture. Icelandic museums definitely do both.

With its small size and population, Icelanders have an obvious and almost institutional reverence for the local and the overlooked. In this way, the openness of the term safn as well as a healthy flow of tourists seeking out such obscurities, has led to the proliferation of such museums, as anyone can open a museum, however large or small. 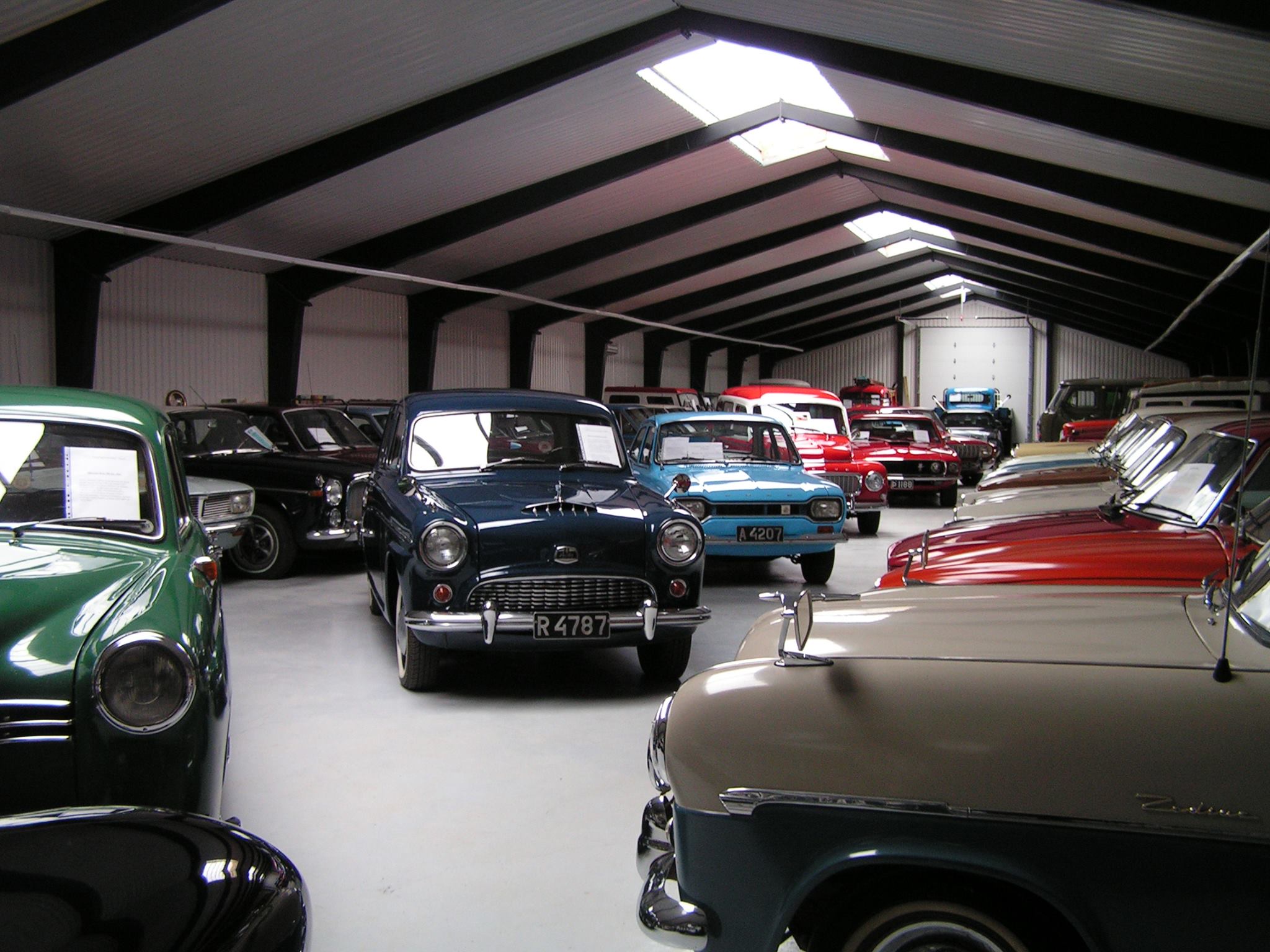 Ystafell Auto Museum, or Ystafell Transportation Museum, is an open-air establishment located about thirty minutes’ drive from Húsavík on the northern coast. This museum showcases over fifty years of automobile curiosities, the only one of its kind in the country. One can expect to find repurposed tanks, snowmobile buses, remote car parts, and other historical treasures. The museum, unsurprisingly, is the collection of a local mechanic. With such a rough terrain with even rougher weather conditions, it is no surprise that Icelanders share an appreciation of automobiles.

The Penis Museum in Reykjavík 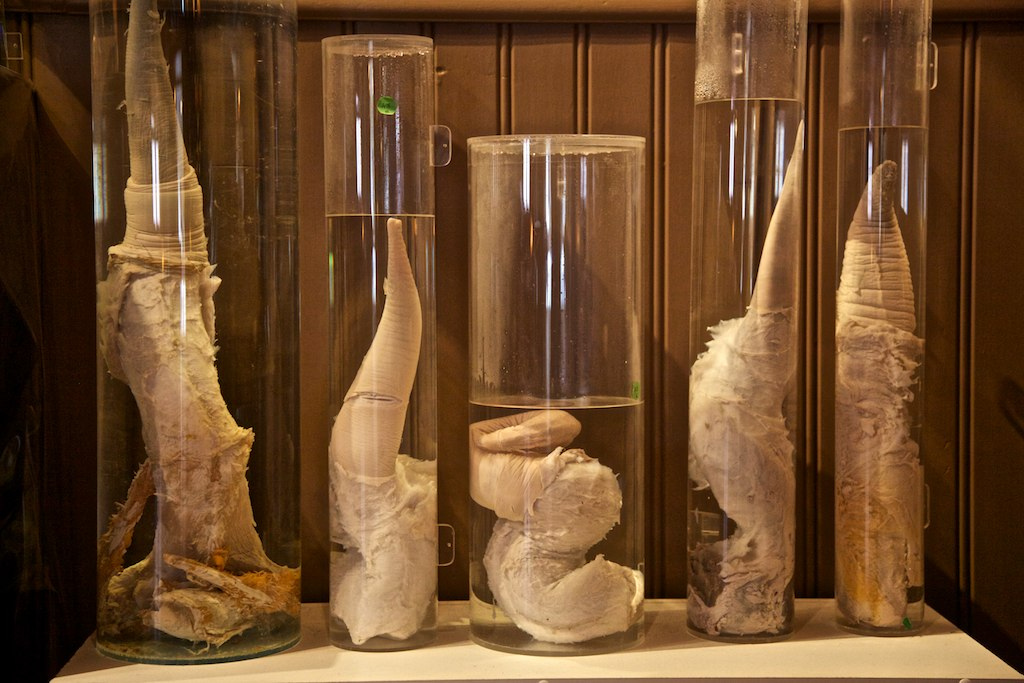 The Icelandic Phallological Museum is – surprisingly! – the world’s only museum devoted to penises. The Reykjavík establishment is the work of ‘phallology’  pioneer Sigurdur Hjartason and his son Hjortur, with a collection of 215 penises from 93 species of mammals displayed in formalin tubes. Part of the show is essentially whale watching -- the largest penises in the animal kingdom – collected from stranded species over the years. Dozens are exotic to Iceland, and others rarely seen like polar bear and walrus. The Homo Sapiens phallus is Icelandic. (In 2021 the museum moved to a new location by Hafnartorg square.)

The Bobby Fischer Center in Selfoss 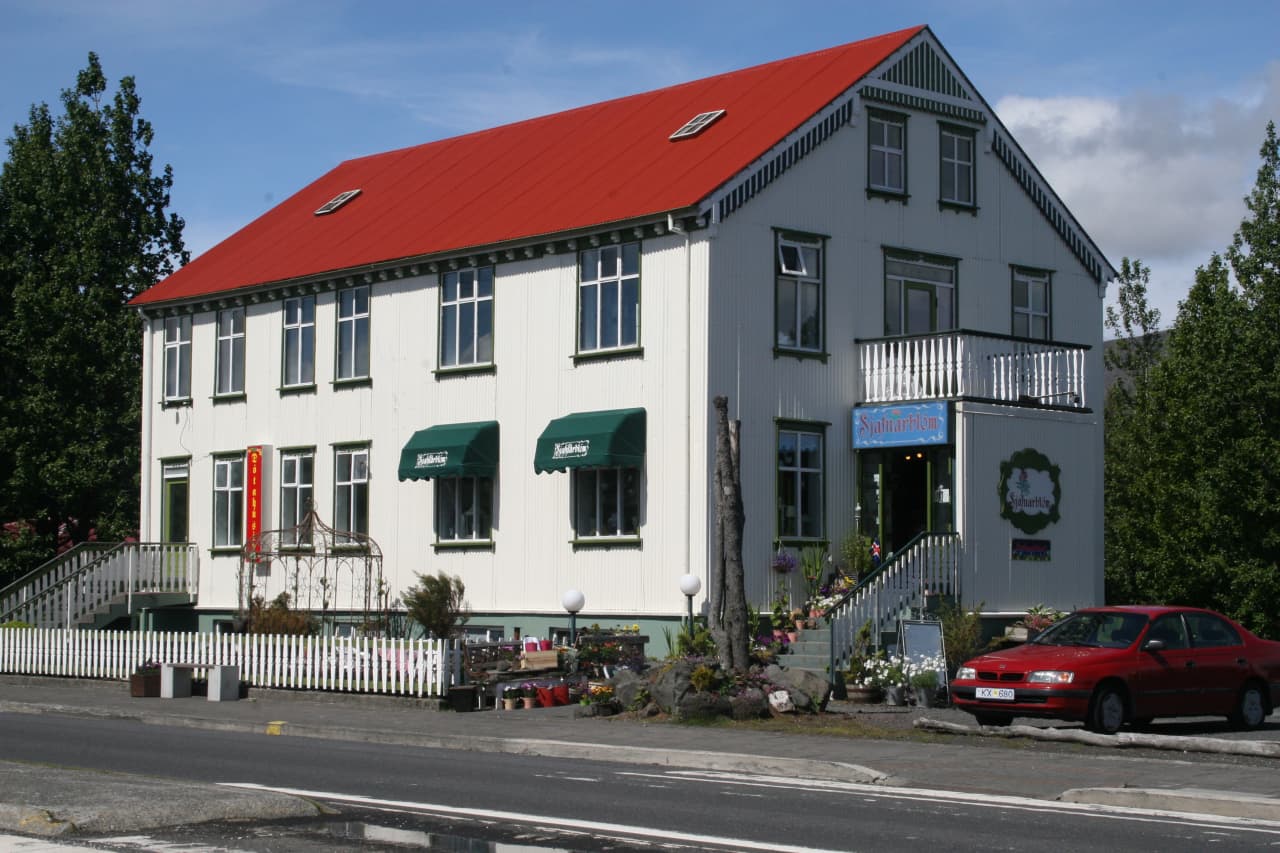 Bobby Fischer rests in a cemetery some 3 kilometers from the center in Selfoss.

The Bobby Fischer Center is devoted to the American chess champion Bobby Fischer who lived in Iceland from 2004 until his death in 2008. The center holds memorabilia from the famous 1972  ‘Match of the Century’ between Fischer and Boris Spassky in Reykjavík and is also the community center for the Selfoss Chess Club where tournaments and lessons are held. Fischer himself rests in a cemetery by the small Laugardælakirkja near Selfoss. 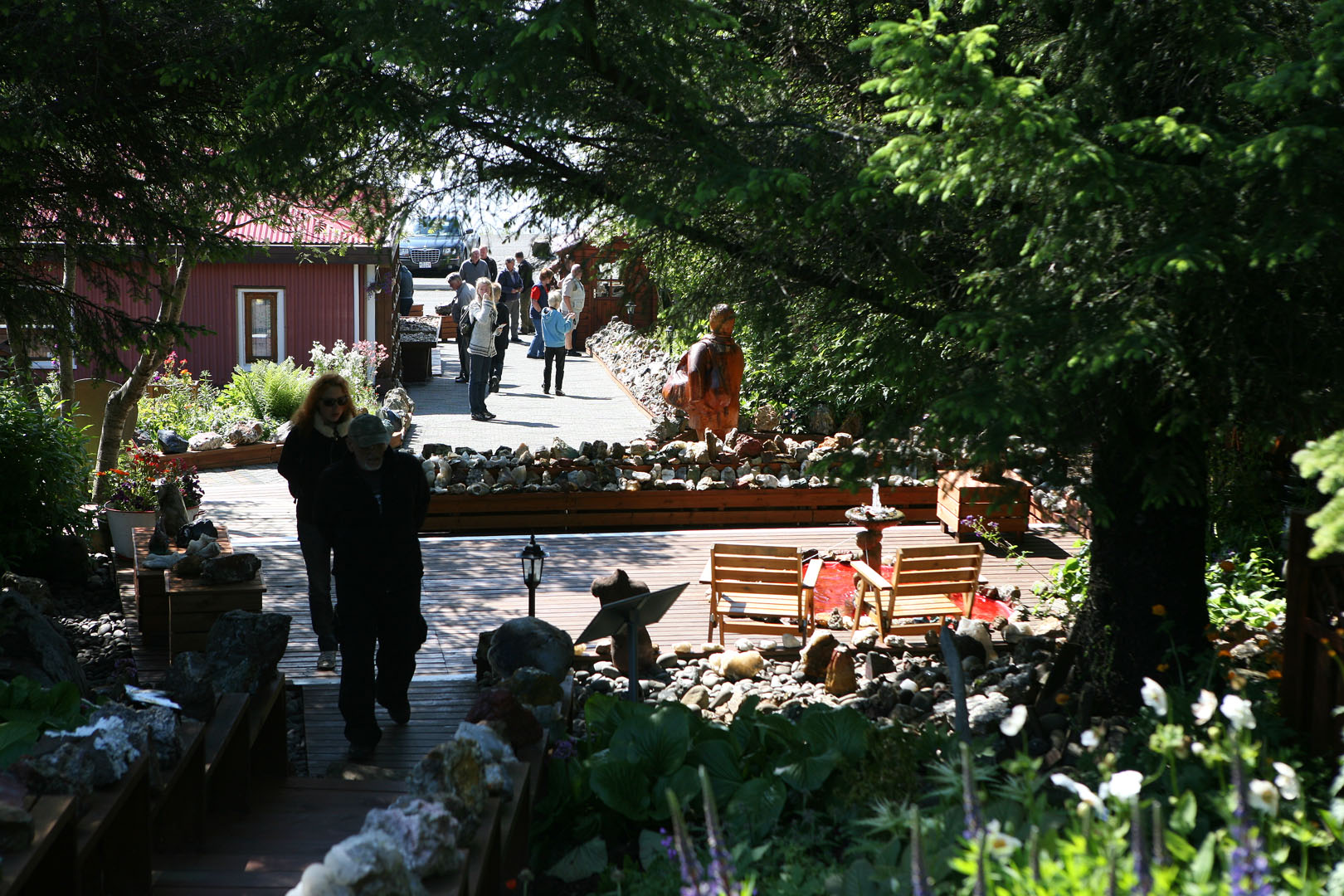 Petra's house is the number one attraction in Stöðvarfjörður.

Petra’s Stone and Mineral Collection is a private rock collection in a home garden in Stöðvarfjörður, East Iceland. The rock and mineral collection began in 1946 by Petra Sveinsdóttir (1922 – 2012), a local resident who collected rocks while hiking in the nearby mountains. Stone by stone, it expanded to a unique size and in 1975, soon after her husband passed away, she opened her home to curious guests. Today the collection is maintained by her four children.

The Library of Water in Stykkshólmur

Stykkishólmur is home to the Volcano Museum and the Library of Water.

Library of Water - Vatnasafn was established in 2007 as a permanent installation in the small town of Sykkishólmur by American artist Roni Horn. Horn transformed a former library on a hill-top into an ‘archive of water’ consisting of 24 glass pillars filled with melted glacial water from Iceland’s major ice caps. The glass pillars refract and reflect the light streaming in from the windows onto the floor and walls, creating a mesmerizing interplay of water and light, as well as words. Etched onto the floor are words relating to the weather, both in English and Icelandic.

The witchcraft museum in Hólmavík 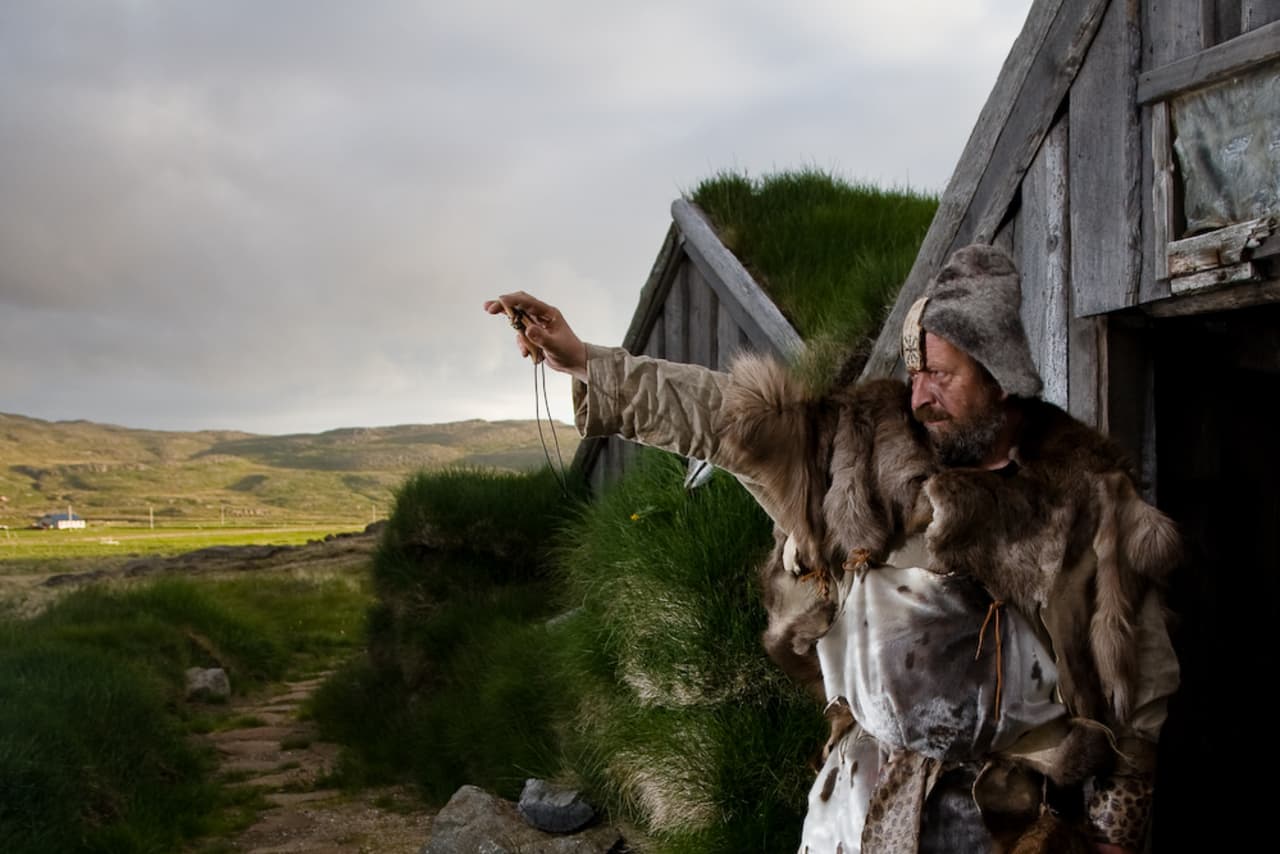 The Museum of Icelandic Sorcery and Witchcraft is located in Hólmavík in the Westfjords. Established in 2000, visitors can learn about the supernatural beliefs that have a special place in the Sagas as well as in many Icelandic folktales for centuries. One can see replicas of objects from this folklore, such as necropants, magical pants made by skinning a dead man from the waist, derived from a 17th-century folktale.

The Sundry Museum in Akureyri 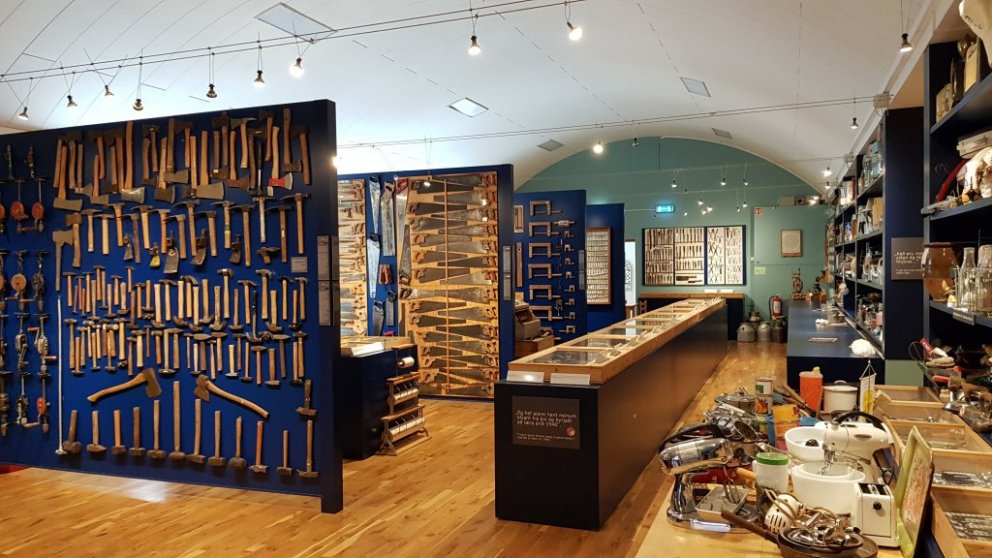 Smámunasafnið or Sundry Museum, is located in North Iceland, just south of Akureyri. This museum perhaps more than any other encapsulates the curiosity of a collection not focused on any one particular object. One can find such unconventional items as doorways, windows, antiquarian nails, tools and pencils, and keys. The collection was started by carpenter Sverrir Hermannsson who maintained and rebuilt old homes in Akureyri which brought him in touch with such items.

The Punk Museum was once a public bathroom on Reykjavík's main pedestrian street.

The Icelandic Punk Museum is located in a renovated public bathroom below Reykjavik’s well-known downtown shopping street, Laugavegur. Beginning in the early 1980s, Icelandic punk music made a cultural wave that produced some of the country’s biggest musician exports, including Björk. In this tiny space, visitors can read gig posters as well as listen to the most famous bands of the era such as Purrkur Pillnikk, Tappi Tíkarass, and KUKL.

Elves and ghosts in Stokkseyri 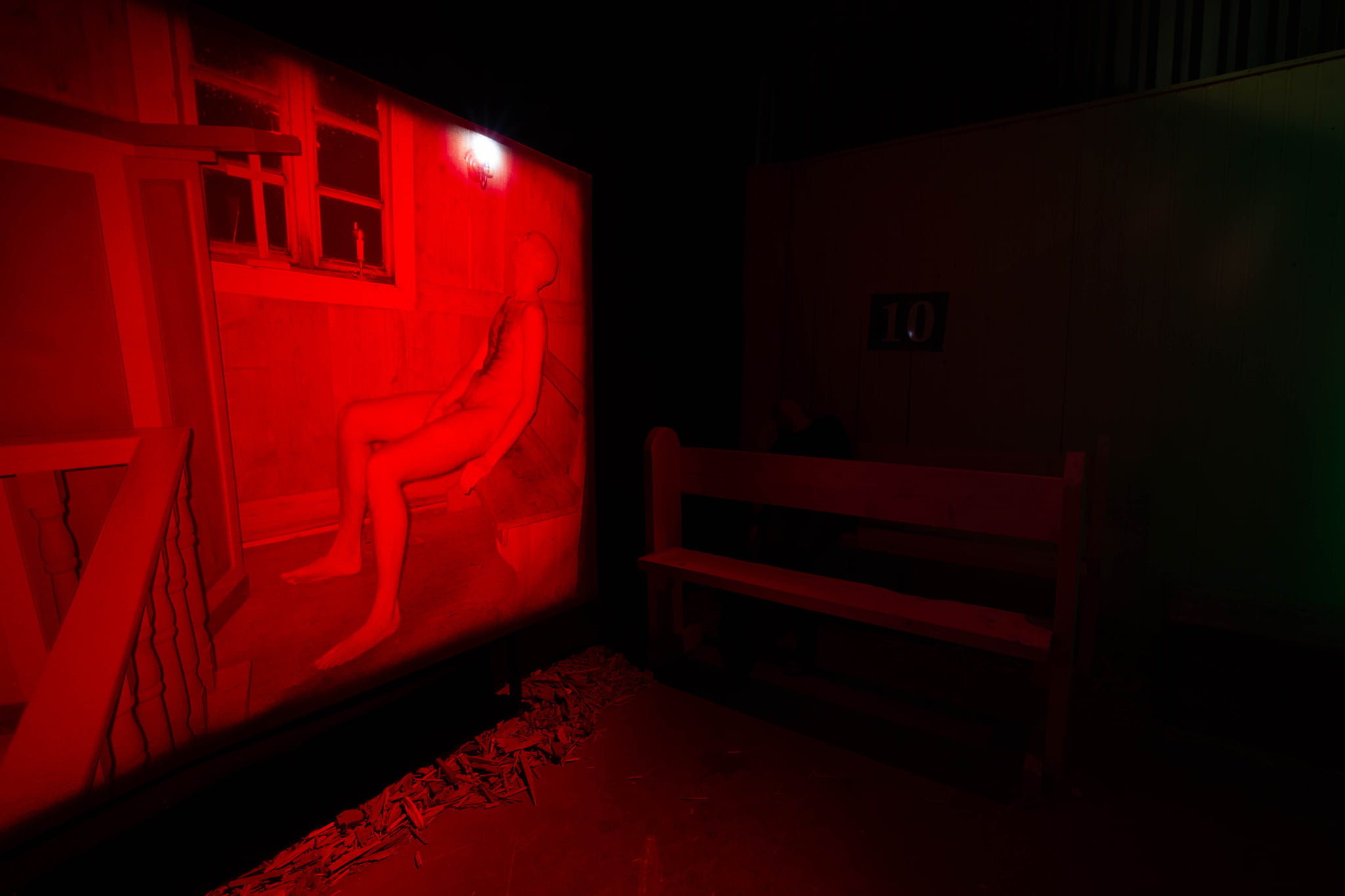 The Ghost Museum. Who turned off the lights?

In an old (and haunted!) fish factory in Stokkseyri, South Iceland, The Elves and Ghost Museum showcases the history and fascination with folklore related to elves and ghosts. Where does Iceland’s most notorious ghost live? How are elves different from humans? (They have no nasal septum.) It is suitable for young children with an audio guide of ghost stories common through Iceland with accompanying exhibits. 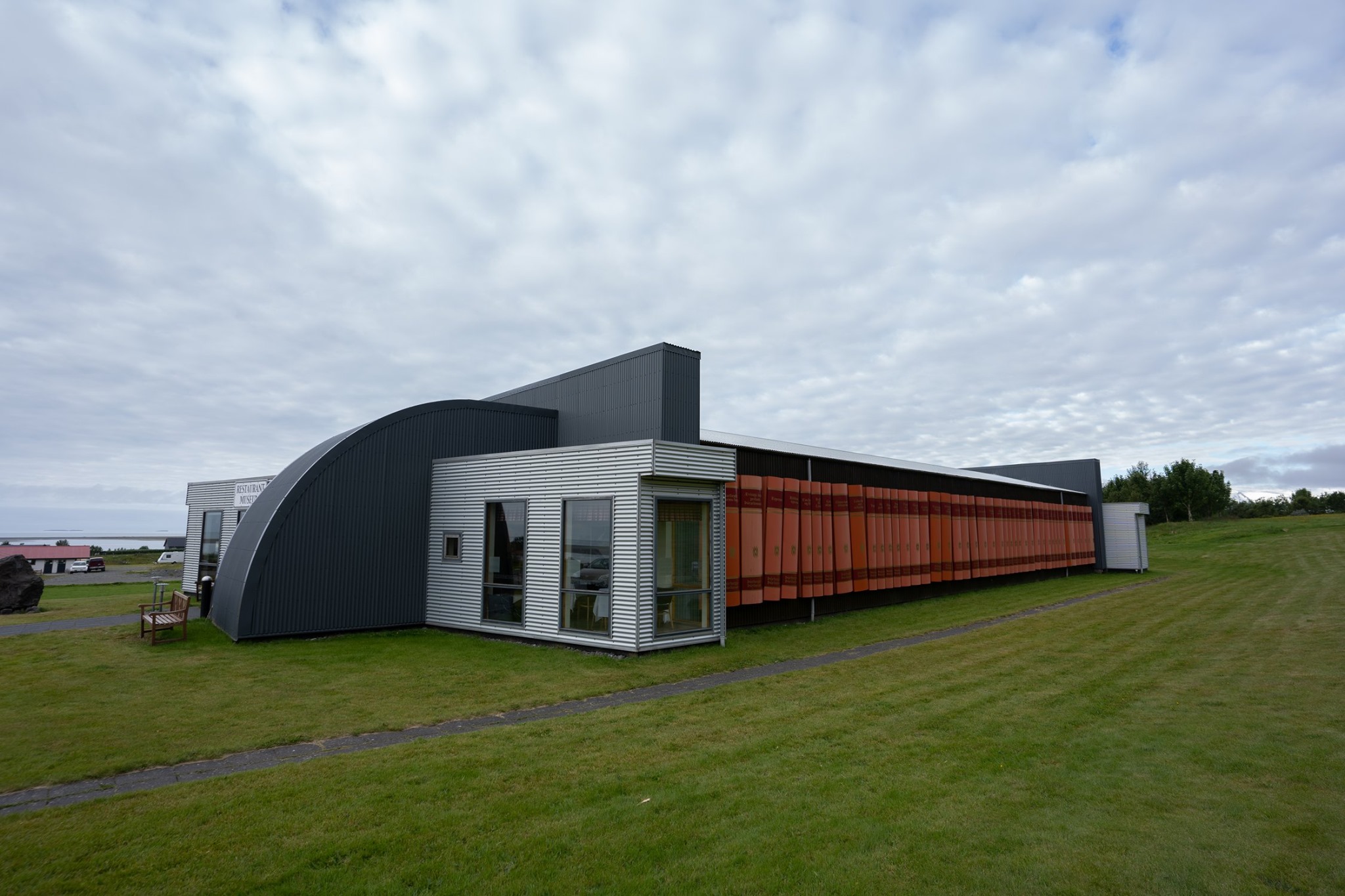 The Þórbergur Centre is by the Ring Road.

Þórbergssetur in the remote region of Suðursveit in South-East Iceland is a culture center and heritage museum dedicated to the history of the region as well as the life and works of Icelandic writer Þórbergur Þórðarson. Amongst the permanent exhibitions are photos from Suðursveit that showcase the way of life of farmers and fishers in the region from 1930-1960. Another rich exhibition showcases the life and literary works of Þórbergur, one of Iceland’s greatest prose writer, who often featured the area in his work.

The Textile Museum in Blönduós 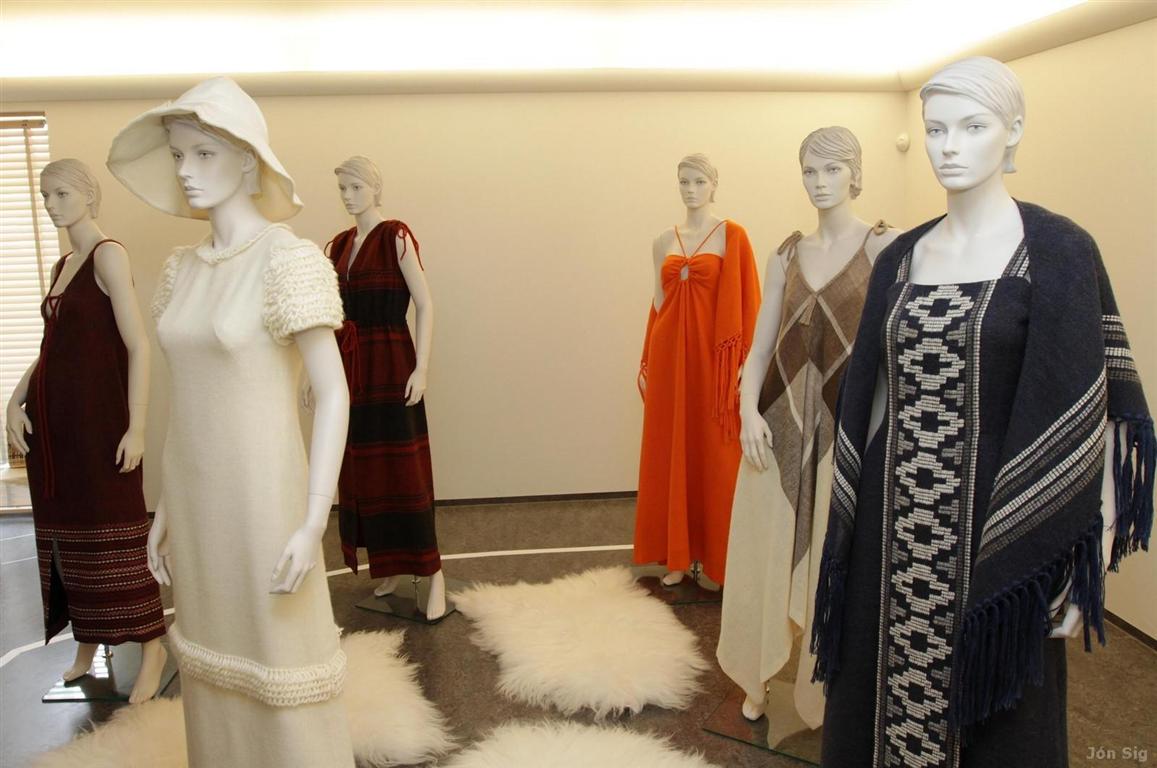 The Textile Museum covers the Icelandic lopapeysa and more.

Knitters, unite! The Textile Museum in Blönduós exhibits a collection of homemade wool and textile items, as well as Icelandic national costumes and artistic embroideries along with many of the tools and equipment used to produce them. The museum, founded by the Women’s Union in the local municipality of East Húnavatnssýsla, was officially opened at the centennial of Blönduós in 1976.  Part of the museum is named after Halldóra Bjarnadóttir (1873-1981) founder of the Wool and Textile College at Svalbarði in South-Þingeyjarsýsla where she was dedicated to the social and educational affairs of women.

4. How to wear a lopapeysa