When Nordic people are asked in surveys which of the eight countries in the region makes the best food they predominantly answer: We.

Next question: How about other Nordic food? Disgusting!

“Iceland is known for eating rotten food,” says Ásta Kristín Sigurjónsdóttir, director of the Nordic Food in Tourism program. The contrary is usually the case. Local ingredients -- gathered from sea, greenhouses or farming -- are notably fresh.

“Good food is often what surprises first-time visitors the most,” Sigurjónsdóttir adds.

Over the years, Iceland has embraced a unifying theme in Nordic cooking called ‘New Nordic Cuisine’. The style is all about adjusting to the circumstances of the present environment in sustainable ways, creating a new mixture that blends the traditional with the contemporary, and brings complex flavors reached by simple means. 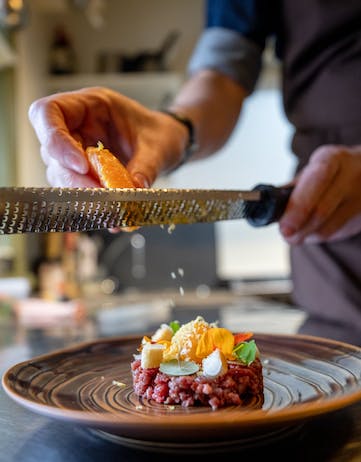 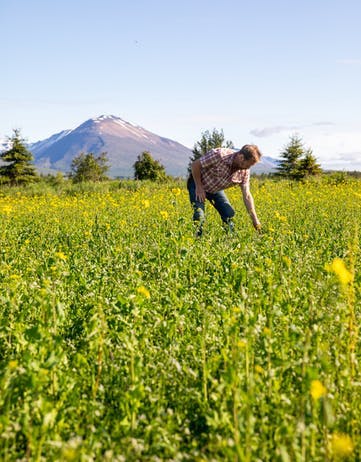 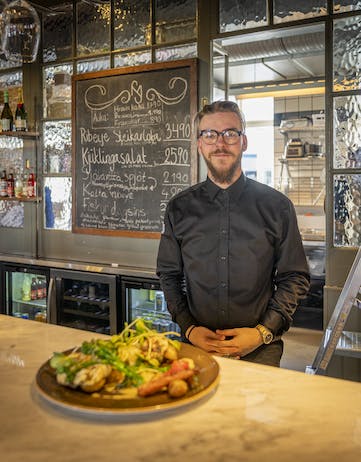 You will possibly find everything you need to know about ‘New Nordic Cuisine’ in the restaurant monograph Slippurinn: Recipes and Stories from Iceland (Phaidon, 2021). The book includes 85 recipes using local ingredients including foraged plants and seaweed, fish and shellfish, seabirds and fowl, as well as 14 cocktail recipes using local herbs.

For instance: Cod head with sugarkelp, honey and chicken glaze.

The recipes follow what has made its author, Gísli Matt, such a startling new name in Nordic Cuisine, in that he respects the local and traditional while pushing the boundaries of contemporary cuisine. Established in 2012, Slippurinn is now an international culinary-destination restaurant on the Westman Islands archipelago.

The Heimaey Island, where Slippurinn is located, is the largest island of the Westman Islands. After most of its agriculture was completely wiped out during a 1973 volcanic eruption, the local people were forced to adjust to using ingredients imported from overseas. That led to a decline in knowledge of how Icelandic ingredients were used as well as the preservation methods that had sustained people on the island for centuries.

Since the Icelandic banking crash in 2008, a renewed interest in these older methods began to appear, explains Gísli Matt.

One method that Gísli Matt and the Slippurinn crew will not be reviving is the harvesting of birdlife such as the Atlantic puffin without a thought for the seasons to come. Bird numbers have been decreasing across the Westman Islands due to changes in the ocean’s food-web. These days, the restaurant avoids puffin altogether.

Vegetables, and occasional fruits, are grown in greenhouses year-round thanks to geothermal heating, cheap electricity and water. Tomatoes, bell peppers and cucumbers dominate the industry. But over the years, farmers have been experimenting more freely, with everything from strawberries to wasabi.

“Wasabi is a difficult plant, and its success goes to show how much can in fact be grown inside greenhouses. Nearly everything,” says Gunnar Karl Gíslason, head chef at Dill Restaurant. Founded in 2009, Dill has led the way in Nordic Cosine as Iceland’s only Michelin Star establishment.

Sustainability and resourcefulness has been at the heart of Dill from the beginning. But the approach has been radicalized.

“We strive for zero waste,” Gíslason says. Fish, for instance, is used down to the bones and is served to guests in several variations, instead of offering several types of fish. “Our challenge is to use every part of the ingredient.”

And not just food. Dill collects used candles for recycling and is considering what to do with a collected of cork stoppers. Maybe plant it in soil and hope for baby-winebottles?