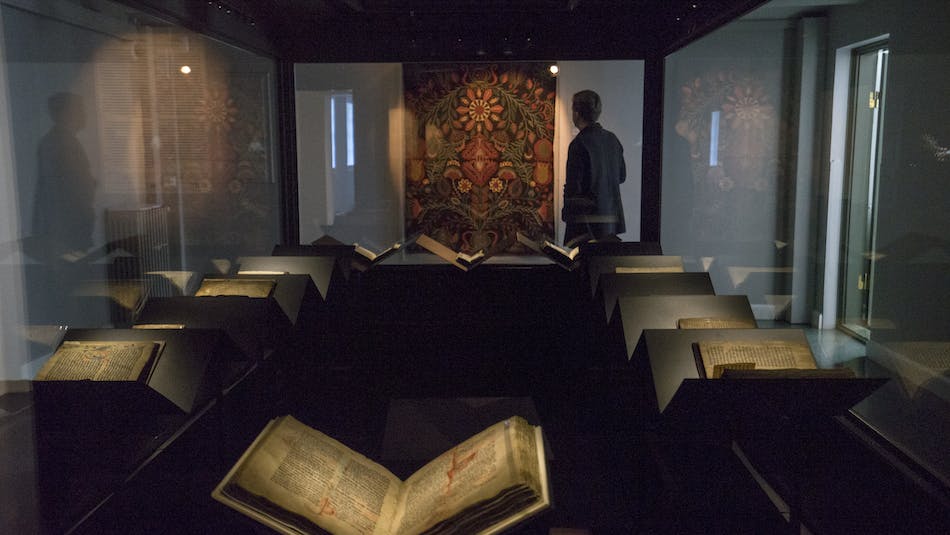 A law book penned on calf-skin in 1363 on display at the National Museum of Iceland. Photo Egill Bjarnason

Ever struggled to find a word describing "heavy snowfall with large flakes occurring in calm wind"? It's hundslappadrífa.

The Icelandic language is a dialect of Old Norse: the pan-Scandinavian language at the time of Iceland's settlement 1,150 years ago. But this common Norse tongue evolved into Norwegian, Swedish, and Danish over the centuries as local Kings tightened their grip – or lost an invasion. The Icelanders, meanwhile, kept the language alive by penning stories known as the Sagas of Icelanders. 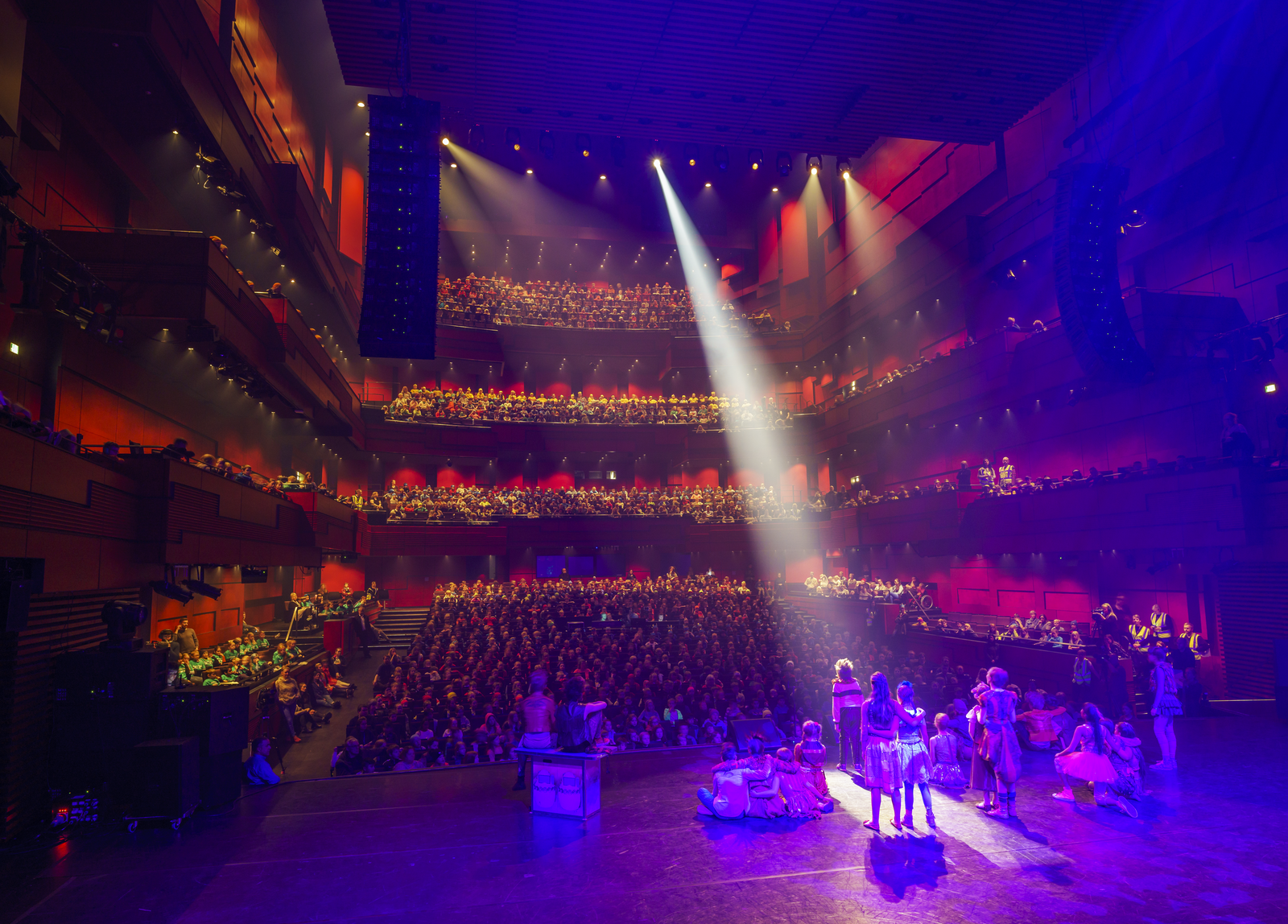 Like many languages, the Icelandic was passed down orally before being preserved at the impressively early date of around 1100. At least, this is the oldest preserved text in Icelandic that has been found. From the 12th century, the world-renowned Icelandic Sagas and Eddas were written in Old Icelandic.

Because of Iceland's isolated location in the North Atlantic, the language was easily preserved with only slight evolutions over the centuries.

Not many nations have the privilege of reading and understanding such ancient text without specialized knowledge of the language. Modern English speakers, for instance, would struggle to read the first lines from the 12th-century poem "Layamon's Brut" written in middle English: "An preost wes on leoden; Layamon wes ihoten. / he wes Leouenaðes sone; liðe him beo Drihten.” By contrast, most Icelanders can, with modest guesswork, read the Sagas, penned roughly around the same time.

Understandably, with such a unique history, many efforts are in place to preserve the Icelandic language. While it may seem old-fashioned to keep a language from evolving, many real threats from digital technology and social media encourage the adoption of English words, bypassing its complex inflectional grammar. Visitors will definitely notice a generational difference in the way things are said.

To keep this in check, there are official committees at the Árni Magnússon Institute for Icelandic Studies that come up with new words in Icelandic for new technologies for which there is no existing name in Icelandic. Most of these committees focus on a particular area, like medicine or tourism, but the tradition in some parts explains why adopting words is less common in Icelandic than in other languages. Telephone, for example, is teléfono in Spanish, téléphone in French, and Telefon in German, but it is sími in Icelandic, an old word meaning something like "long thread."

An Icelandic Naming Committee also decides what names new Icelanders are allowed and which are not. Decisions are based on the name being able to conjugate into the grammar inflection. There are no names with a C allowed as C is not in the Icelandic alphabet. While this may sound Orwellian, the intentions are well-meaning.

The city of Reykjavík nurtures its literary heritage, culminating in a UNESCO City of Literature designation. Famous as a nation of bookworms, Iceland has one of the highest rates of books per capita, with 3.5 books for every 1,000 inhabitants and the most authors in the world per capita. Over 30 publishers in Reykjavik alone are active at both the annual Reykjavik International Literary Festival and the Reykjavik Book Fair. The Iceland Writers Retreat claims that part of the reason Iceland is home to so many writers is due to the influence of the Sagas, masterpieces of medieval European prose that are hundreds of years old and are part of the canon of lore that every Icelander grows up with. There is also the phenomenon of the Christmas book flood - jólabókaflóð - when publishers release hundreds of new titles on the market, and Icelandic authors are in the spotlight. Books are also a trendy Christmas gift, ensuring long winters to dive into the latest voices Icelandic literature has to offer. 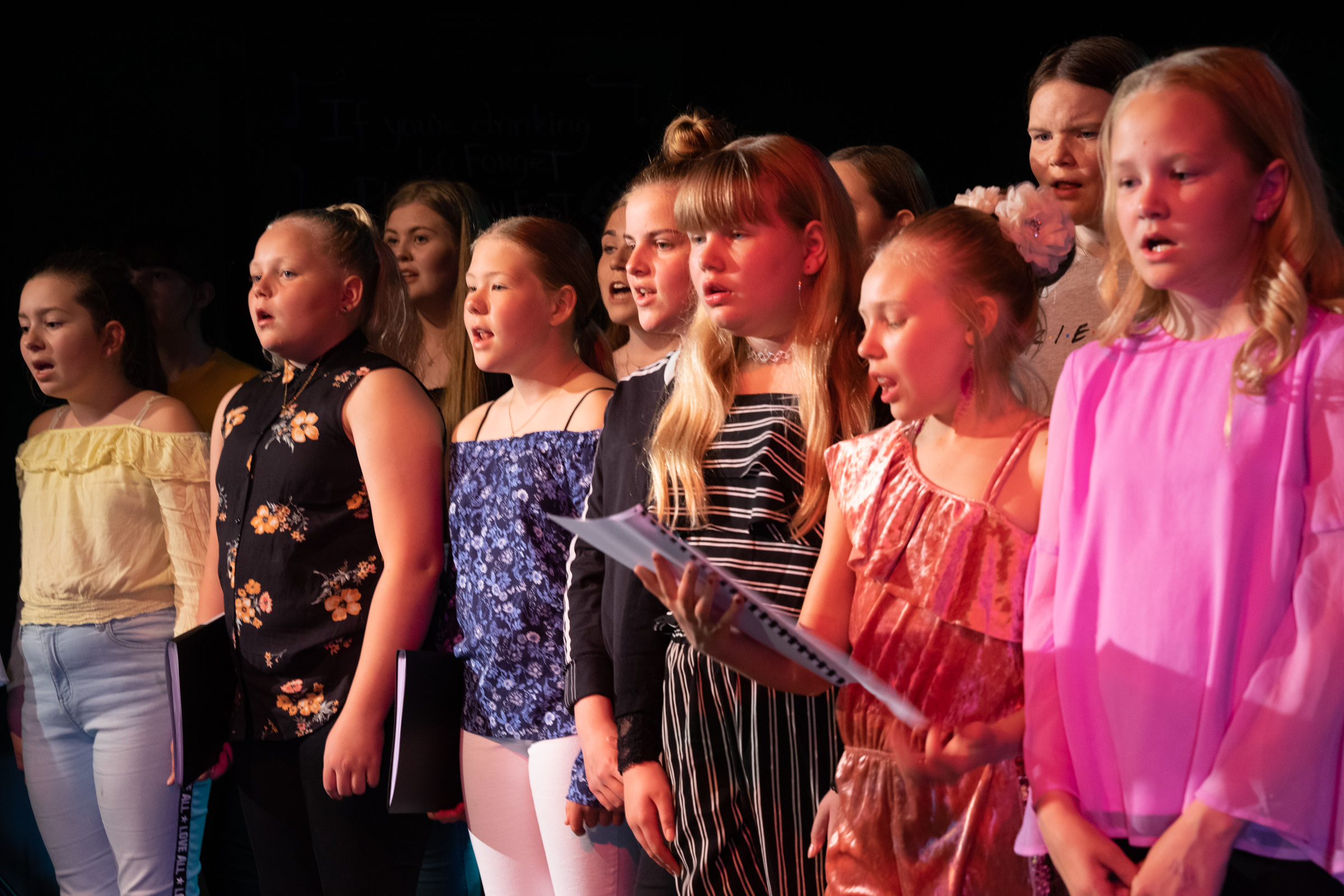 While the best advice for learning a language is immersion, even that is becoming more and more difficult as English is spoken so widely throughout the country. Many excellent podcasts are a good place to start your language learning journey. If you want to start from the very beginning, check out Saga Thing, hosted by two professors of medieval literature who read and review the sagas with a critical eye, one at a time. There is also this podcast on Icelandic literature hosted by the Icelandic Literature Center. If you find yourself in Reykjavik and want somewhere to practice, one option is the Reykjavik City Library, Borgarbokasafn. There are free Icelandic practice meet-ups for anyone who wants to practice their Icelandic skills through word games hosted by the librarians. 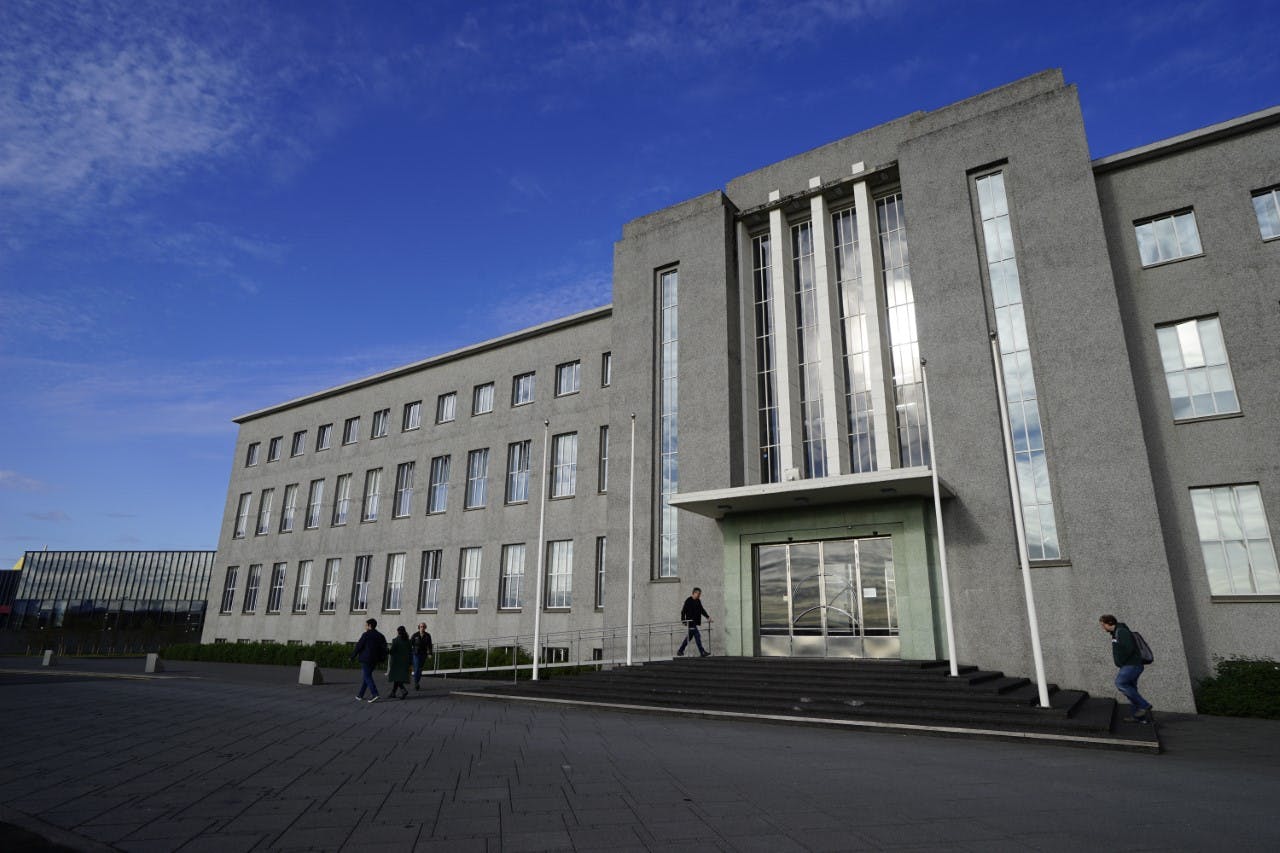 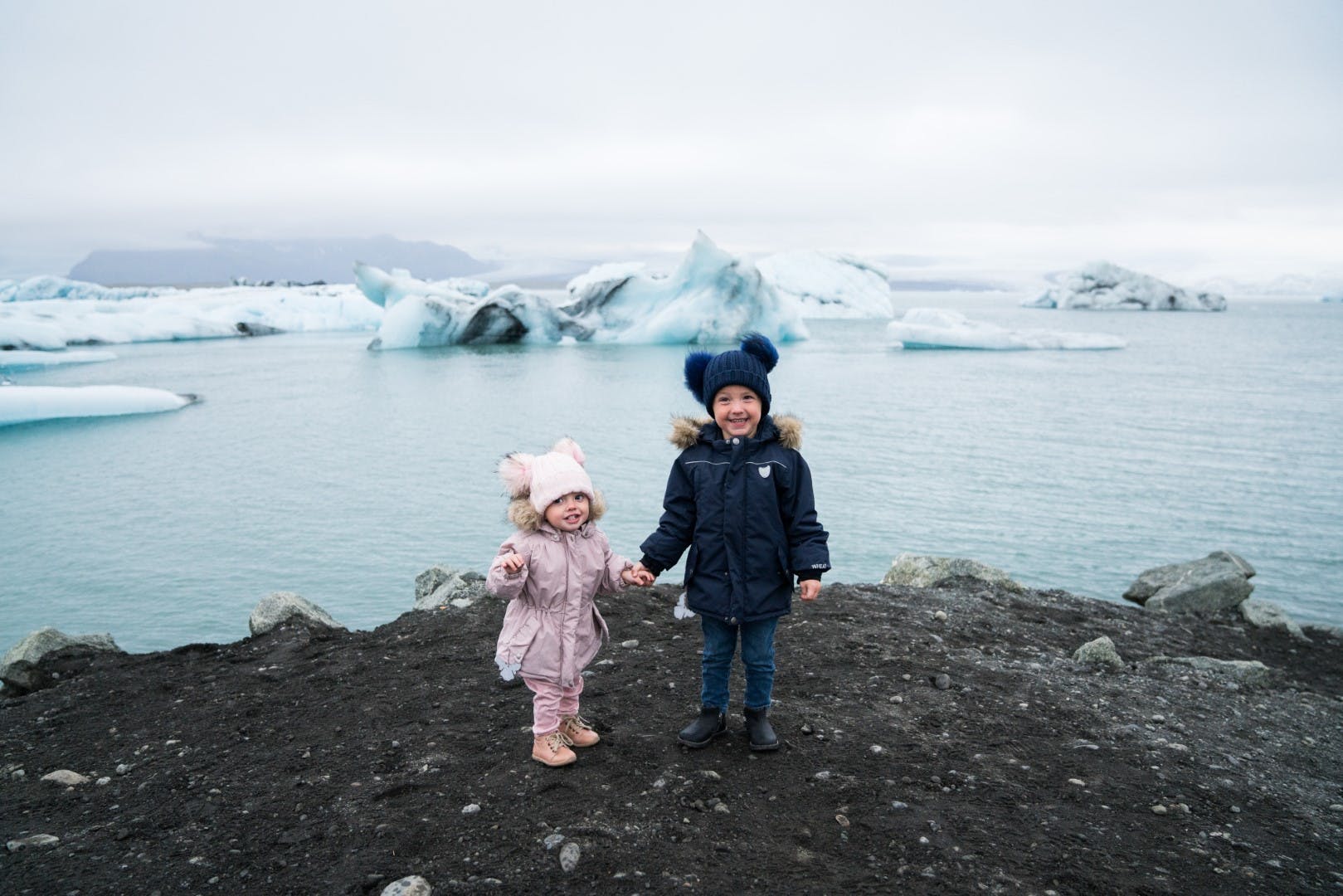 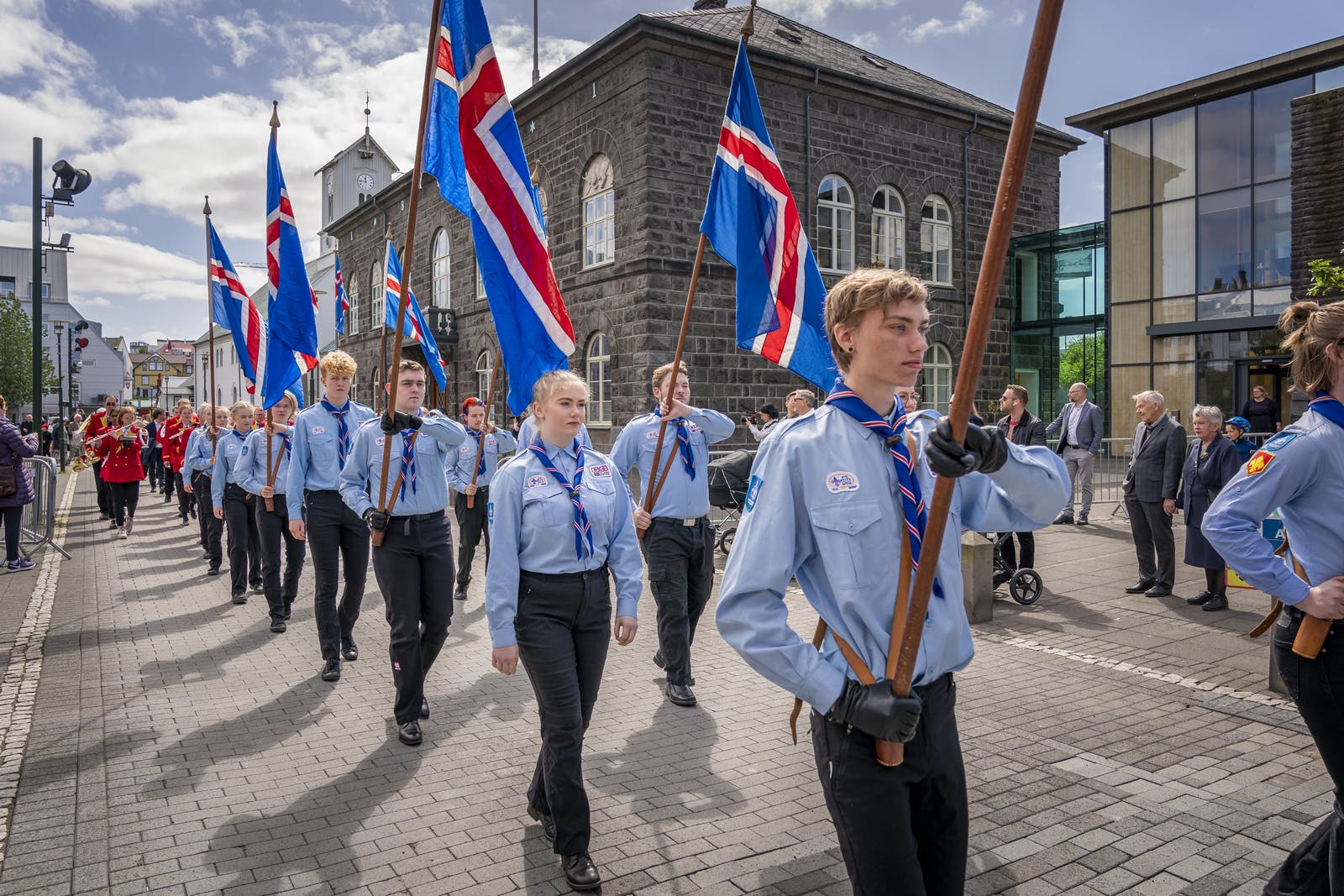 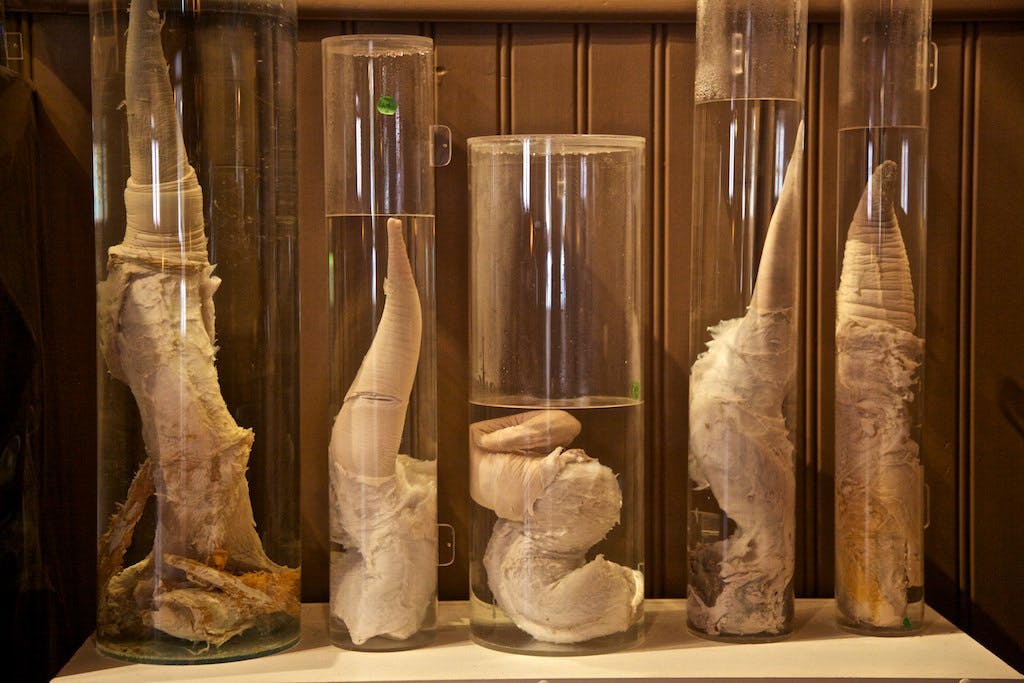 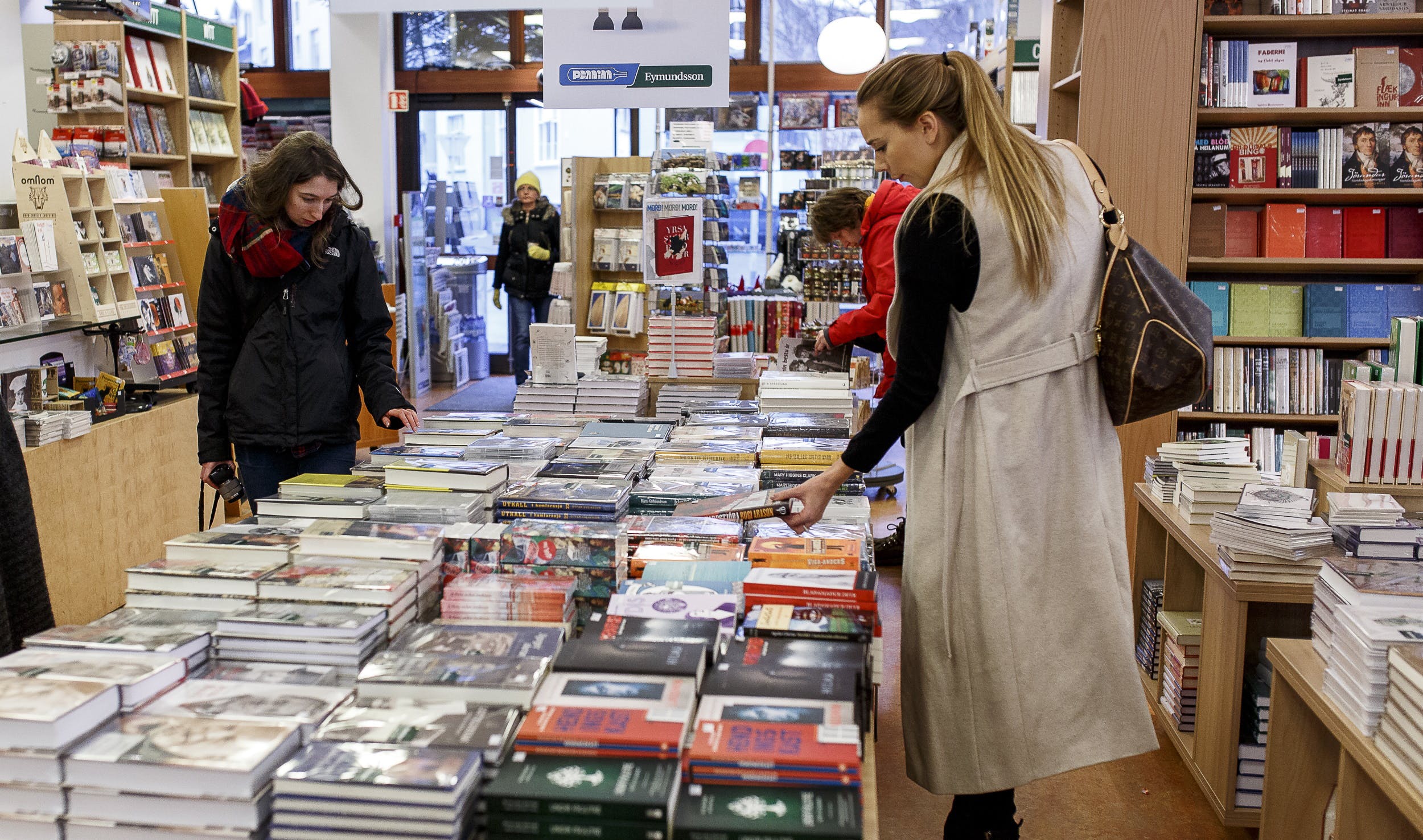 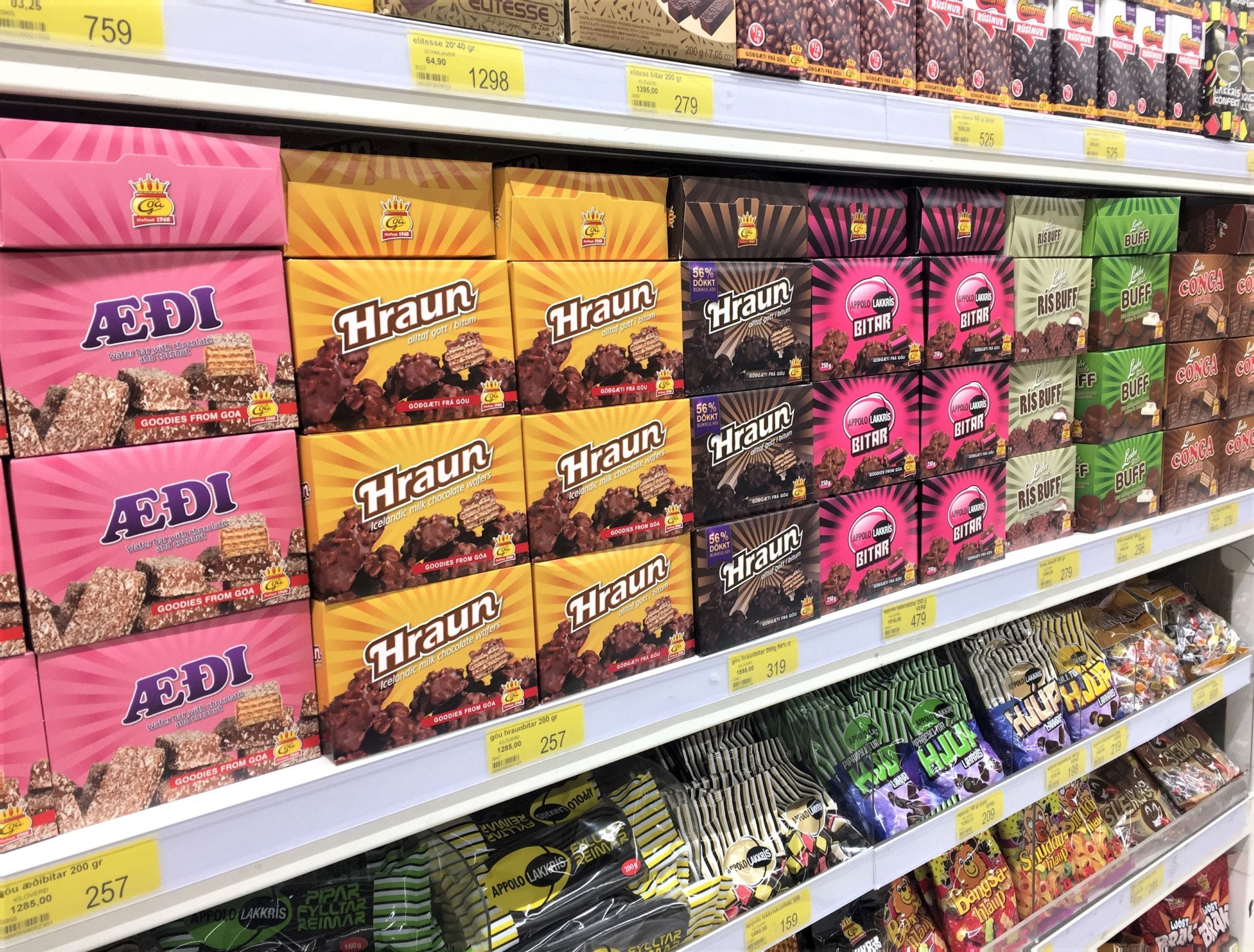 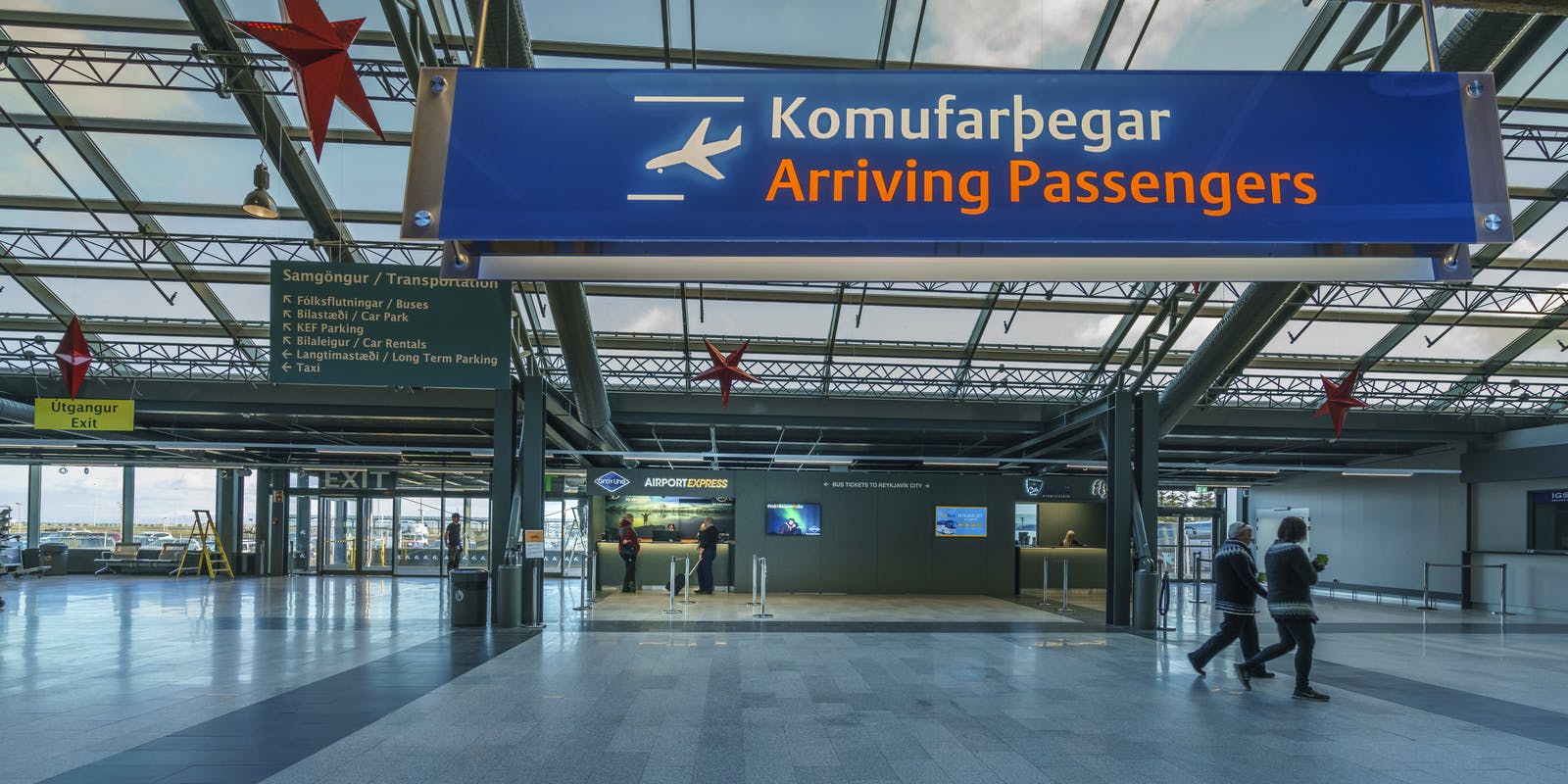 Moving to Iceland: From finding housing to new friends 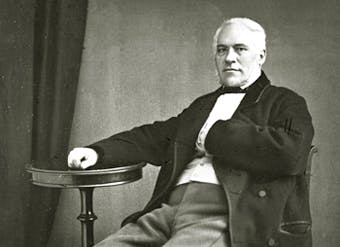 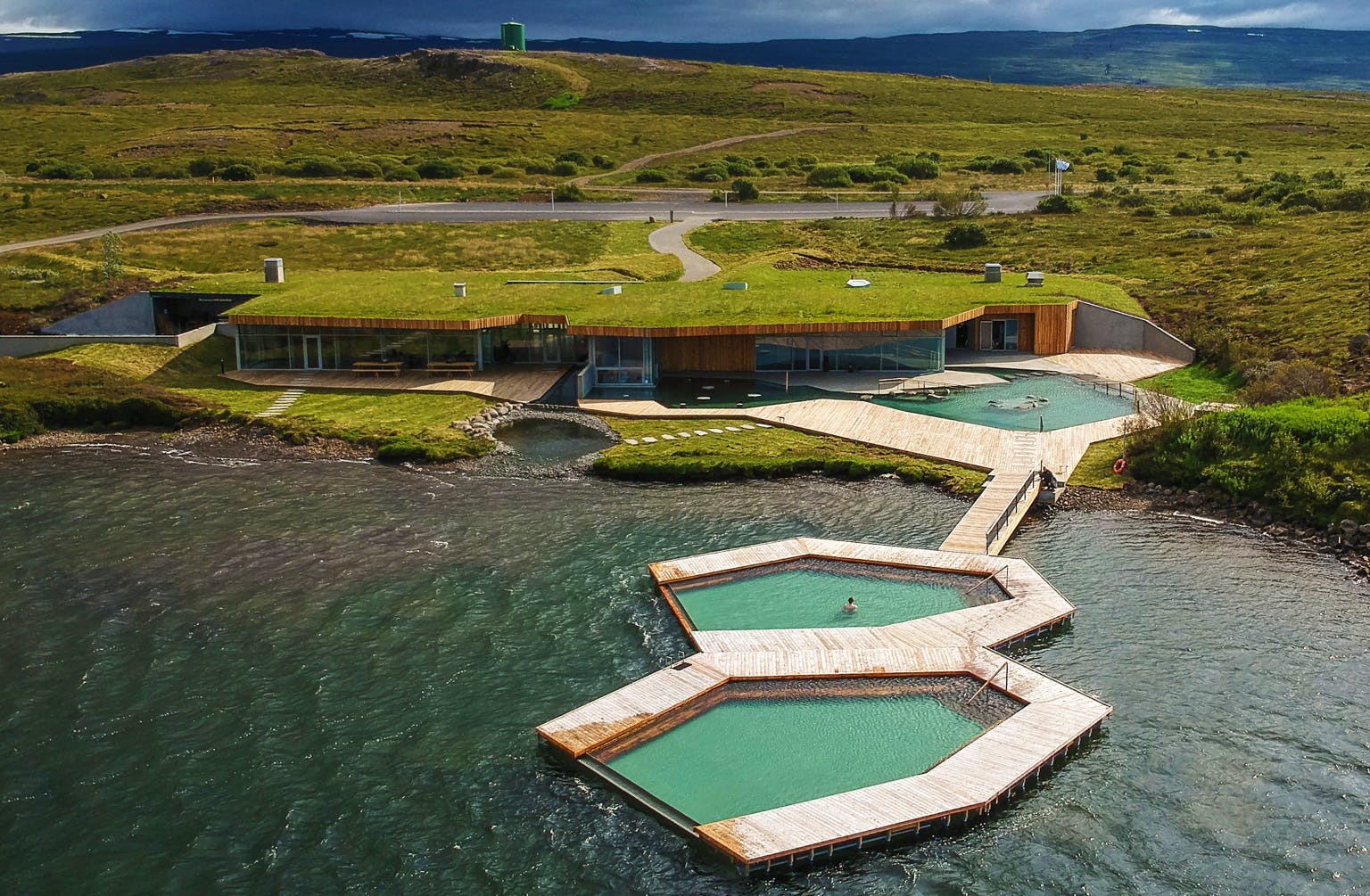 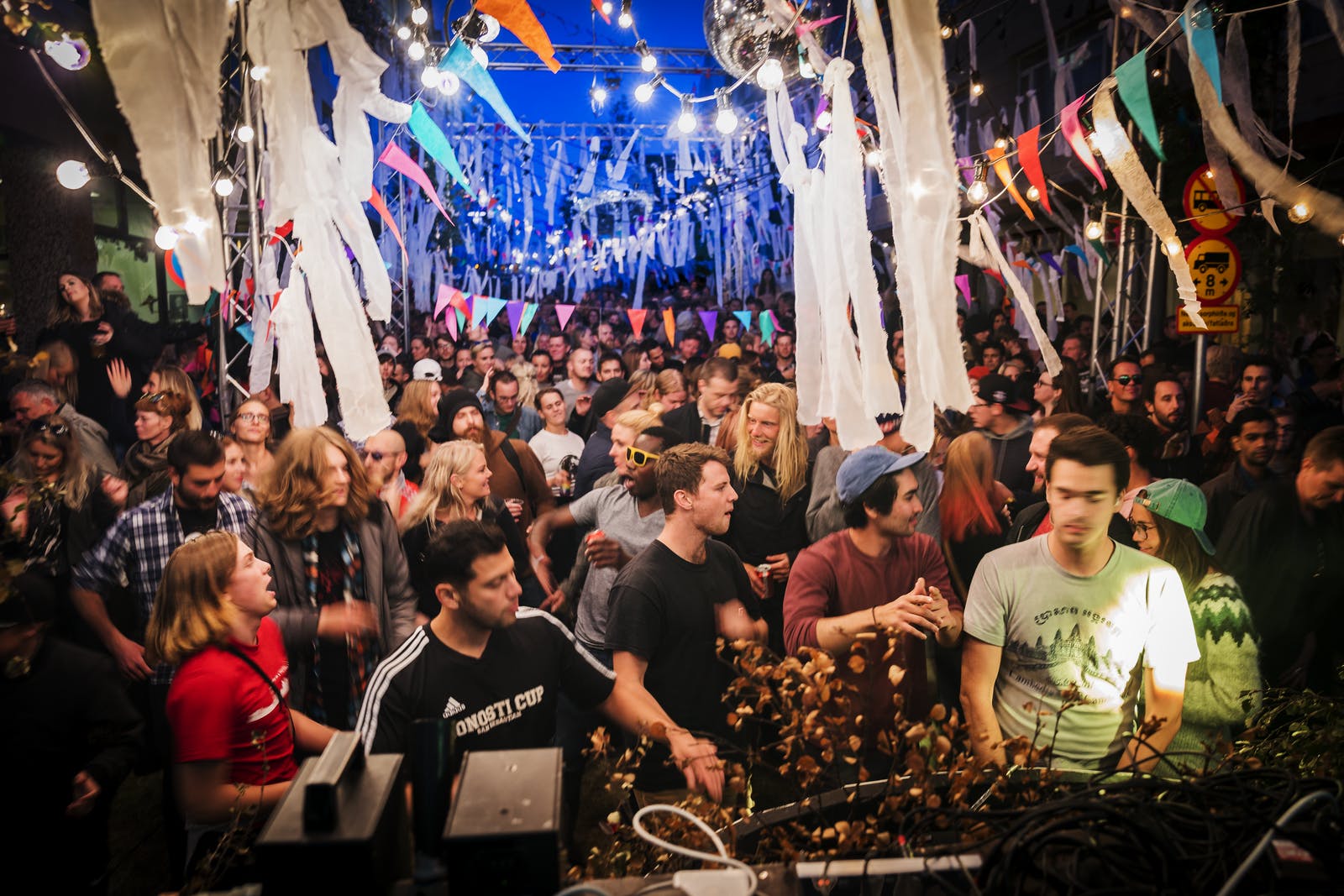 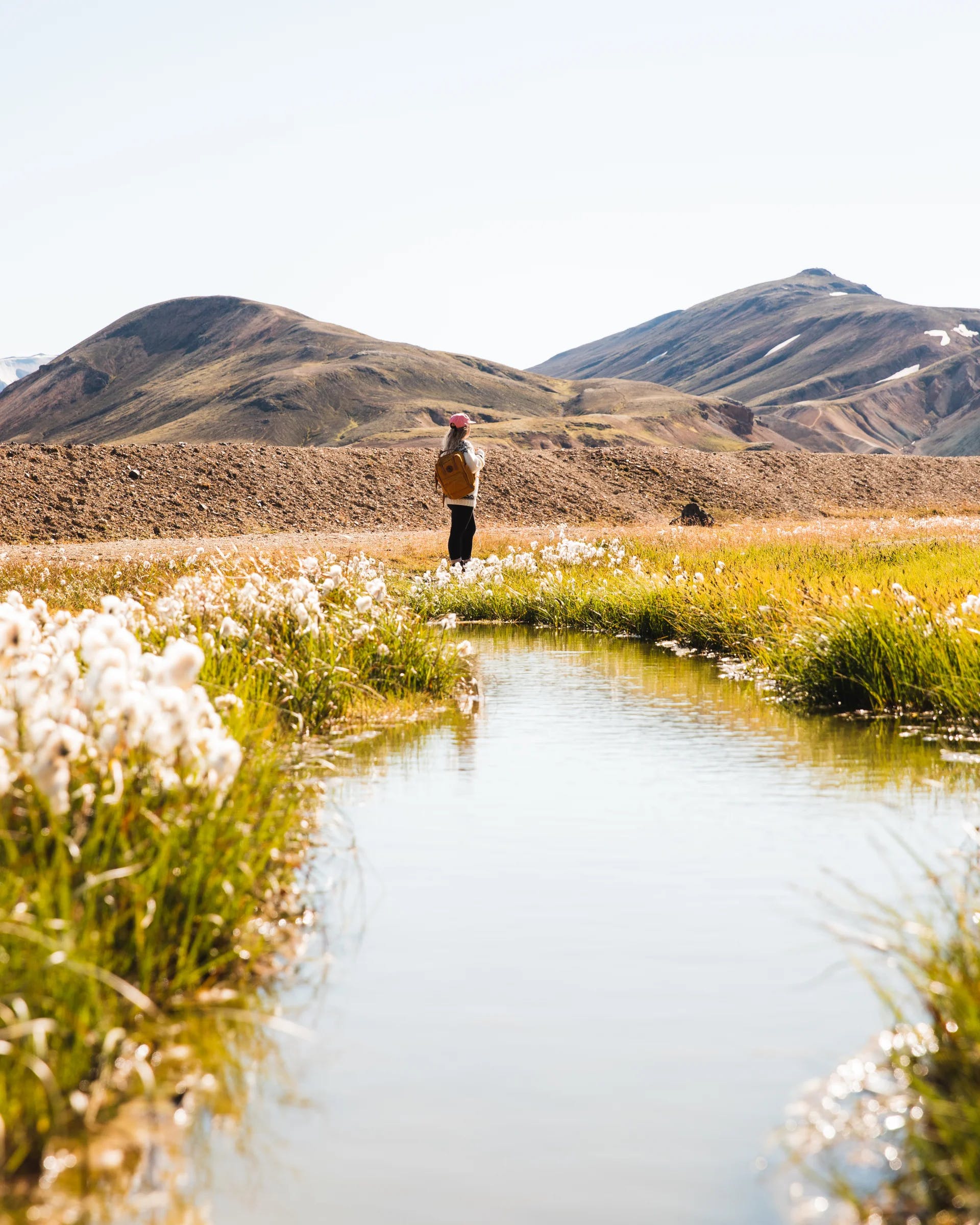 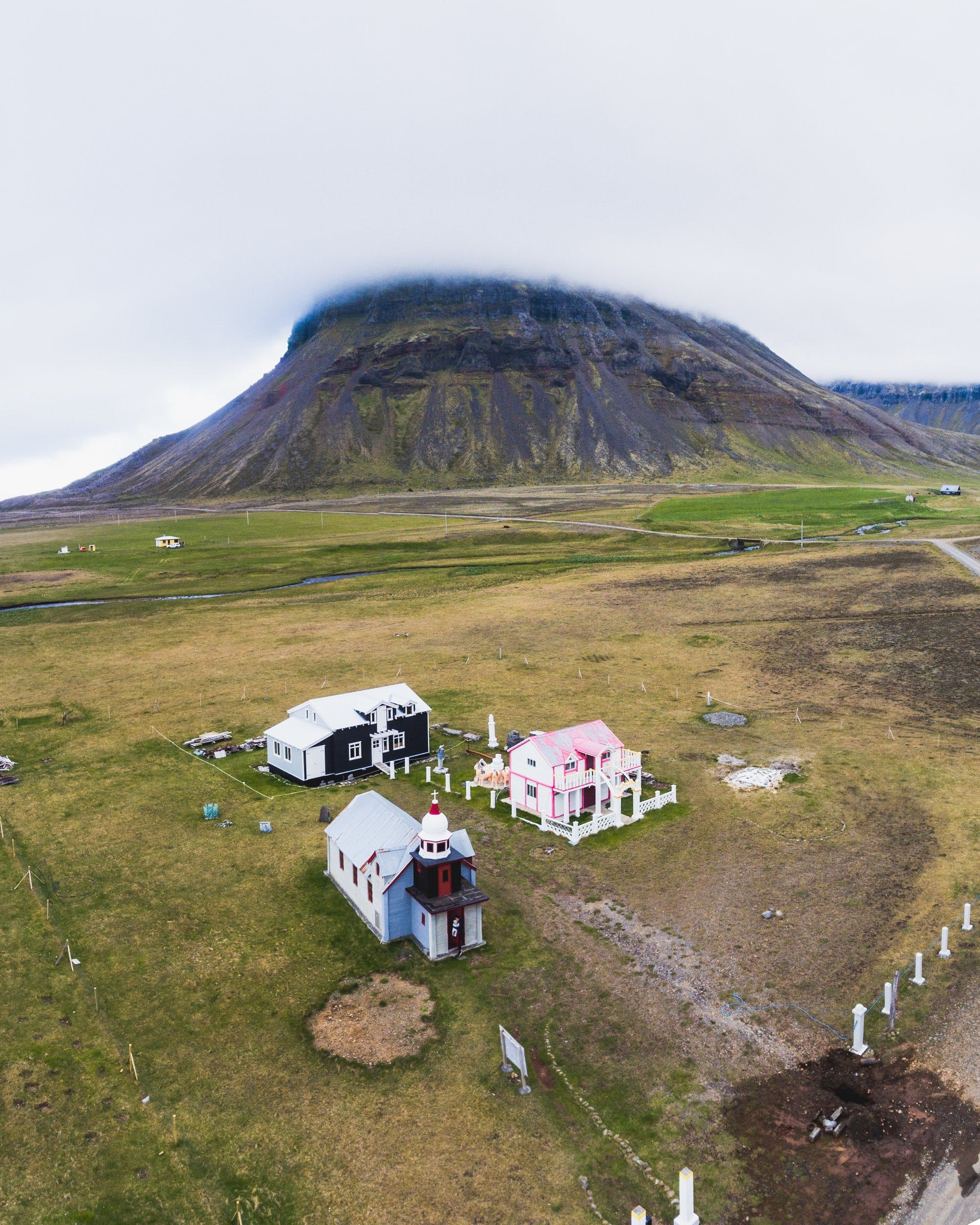